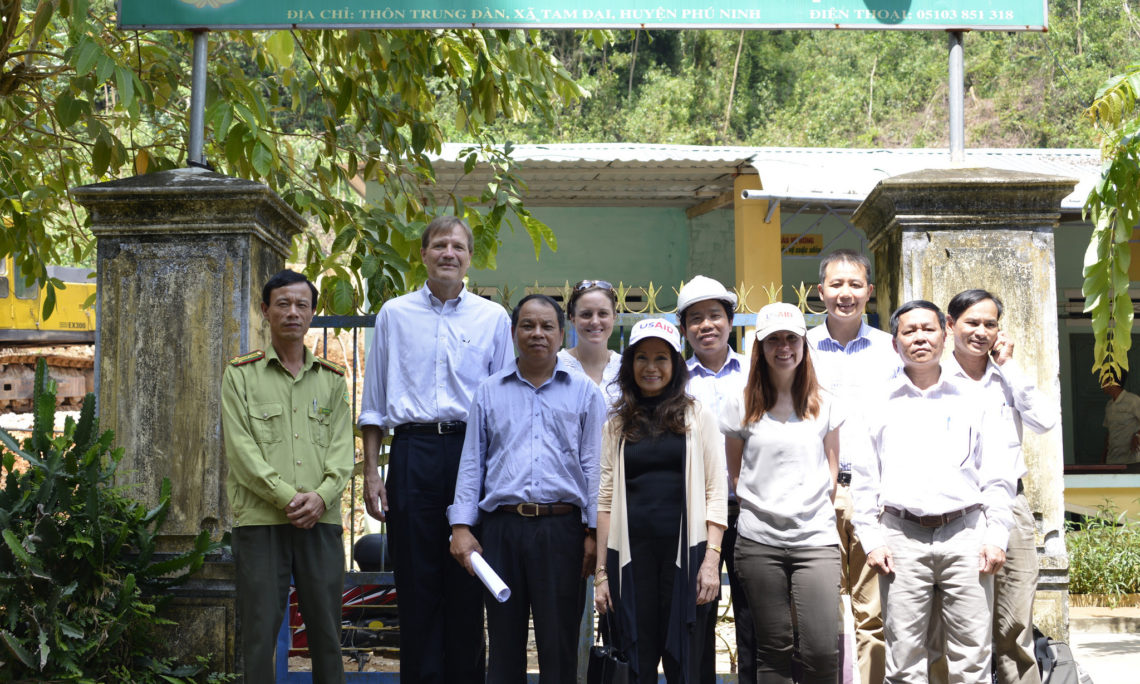 USAID’s Senior Deputy Assistant Administrator for Asia Gloria Steele announced the USAID Green Annamites Project during a meeting with leaders of the People’s Committee of Quang Nam province. This project, which runs from 2016 until 2020, will invest approximately $24 million in Quang Nam and Thua Thien Hue provinces.

“Climate change work is an important part of our strategy in Vietnam,” said Steele. “This project is designed to improve people’s incomes by promoting investment in climate smart agriculture while at the same time conserving Vietnam’s natural forests and biodiversity. Quang Nam and Thua Thien Hue provinces are demonstrating how sustainable development can contribute to Vietnam’s efforts to achieve low emission and resilient economic growth.”

Forests play a critical role in Vietnam by protecting watersheds, preventing soil erosion, mitigating climate change, and providing for resilient communities. They are also home to rare and endemic species only found in these areas. Unfortunately, Vietnam’s forests, and the people and species that depend on them, are under increased pressure from unsustainable development.

The USAID Green Annamites Project, working in tandem with provincial authorities, will engage small-holder farmers and their families to improve livelihoods and increase investment in climate-smart agriculture while conserving the natural biodiversity of Quang Nam and Thua Thien Hue provinces.