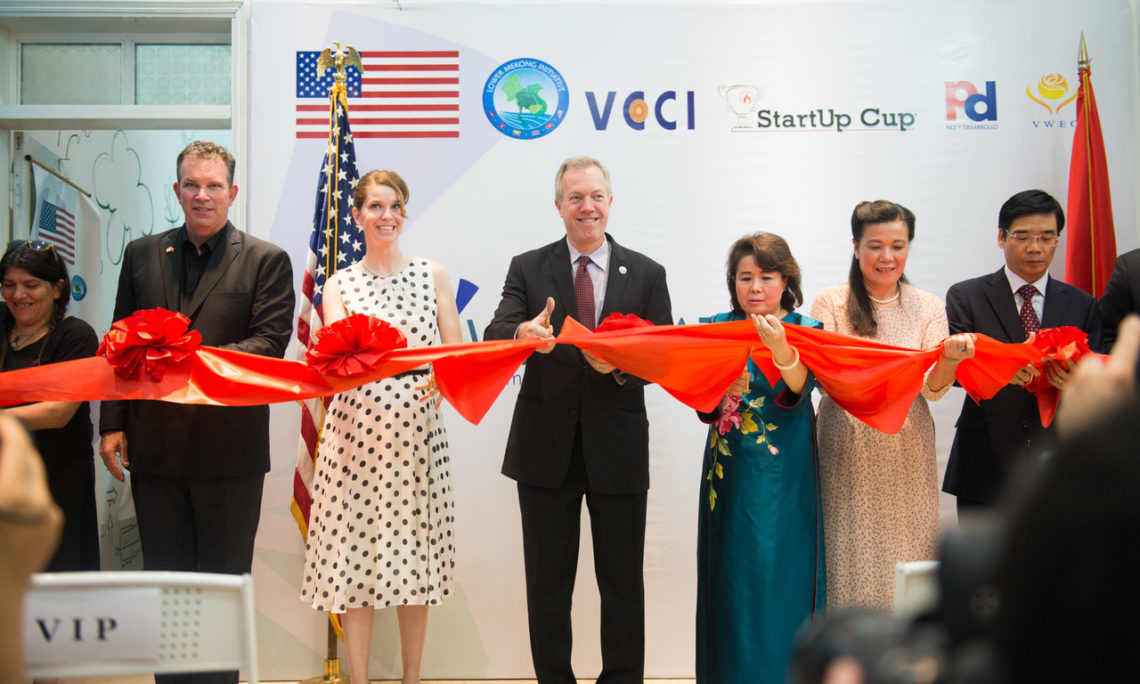 Under the Lower Mekong Initiative (LMI), WECREATE was included as one of six signature projects of the Initiative agreed by Secretary Kerry and LMI Foreign Ministers in 2014.

WECREATE Vietnam is the second of five centers under the Connectivity Pillar of LMI – Cambodia being the first, which completed its handover ceremony this week, establishing itself as a fully self-sustaining entity.  The WECREATE Center in Laos is anticipated to open in late 2017.

As an LMI objective, these centers will help to connect local entrepreneurs with mentors in private companies form and develop business skills and ideas which in turn will feed into the local economies. The ultimate goal of this initiative and the completion of the five centers is that women entrepreneurs will be able to form networks and engage across the Lower Mekong Region.

“This center will influence many lives, which in turn will help Vietnam to not only continue to achieve growth, but also to achieve growth in a way that sustains and protects what society values—the health of the environment, the well-being of its workers, education and the means of creativity for a young, dynamic, entrepreneurial population,” said Ambassador Osius during the launch.

Unleashing the economic potential of women is a powerful tool to drive economic growth and prosperity. Women entrepreneurs are integral to stable and thriving formal economies, but often face barriers, including gender-based, cultural and social discrimination. WECREATE Centers are designed to be where women can access essential resources needed to overcome these barriers and start or grow their businesses.

The WECREATE center also houses the StartUp Academy, which is a capacity building program for women business-owners which supports them in transitioning from operating in the informal economy to formally registered companies.

Vietnam’s Women’s Entrepreneurial Centers of Resources, Education, Access, and Training for Economic Empowerment (WECREATE) was announced by President Obama during his trip to Vietnam on May 2016.