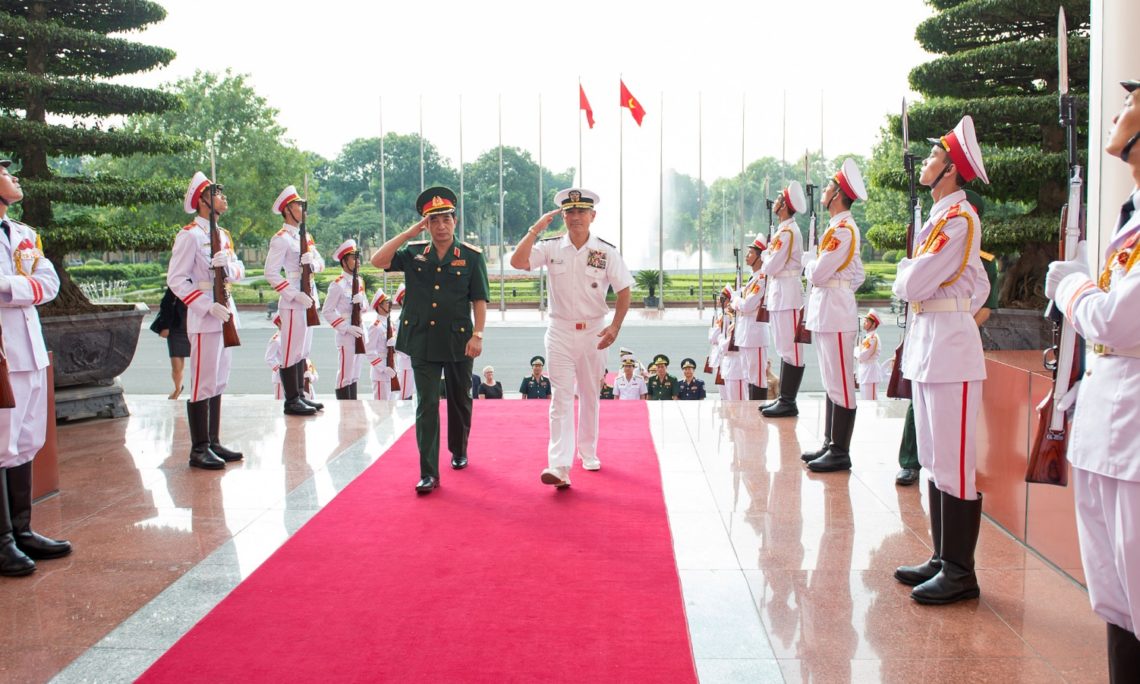 During his meetings, Adm. Harris reaffirmed the U.S. commitment to strengthening bilateral relations and enhancing Vietnam’s capability and capacity, particularly in the areas of maritime security and law enforcement.

During the remainder of the visit, Adm. Harris will travel to Ho Chi Minh City, Da Nang, and inaugurate a Vietnamese Coast Guard maintenance and boat haul-out facility in Command Region 2, Quang Nam, developed in coordination with the United States.

Pacific Angel: Pacific Angel supports capacity-building efforts to ensure that the region’s militaries are prepared to work together to address humanitarian crises in case of natural disasters. During Pacific Angel 16-2, U.S., Vietnamese, Thai, Cambodian and Australian medical professionals carried out humanitarian assistance/civil-military activities by working together to bring medical care to Kampot, Cambodia.

Joint Personnel Accounting: Since 1985, U.S.-Vietnamese joint personnel accounting cooperation, through the Defense Prisoner of War / Missing in Action (POW/MIA) Accounting Agency and its predecessors and the Vietnam Office for Seeking Missing Persons, has helped account for over 700 Americans from Vietnam and over 1,000 in total from Southeast Asia.

Dioxin Remediation: The United States and Vietnam jointly commemorated the start of the second and final phase of thermal treatment at the Danang Airport on October 18.  This phase will remediate a second batch of approximately 45,000 cubic meters of dioxin-contaminated soil and sediment. President Obama pledged to make a significant contribution to dioxin remediation efforts at Bien Hoa Airport during his May visit to Vietnam.

Humanitarian Mine Action: With programming across the country that supports a wide range of activities from victims’ assistance, risk education, capacity building, and survey and clearance of unexploded ordnance, the United States is the largest single donor to address the threats posed by unexploded ordnance in Vietnam and has contributed over $92 million since 1993.