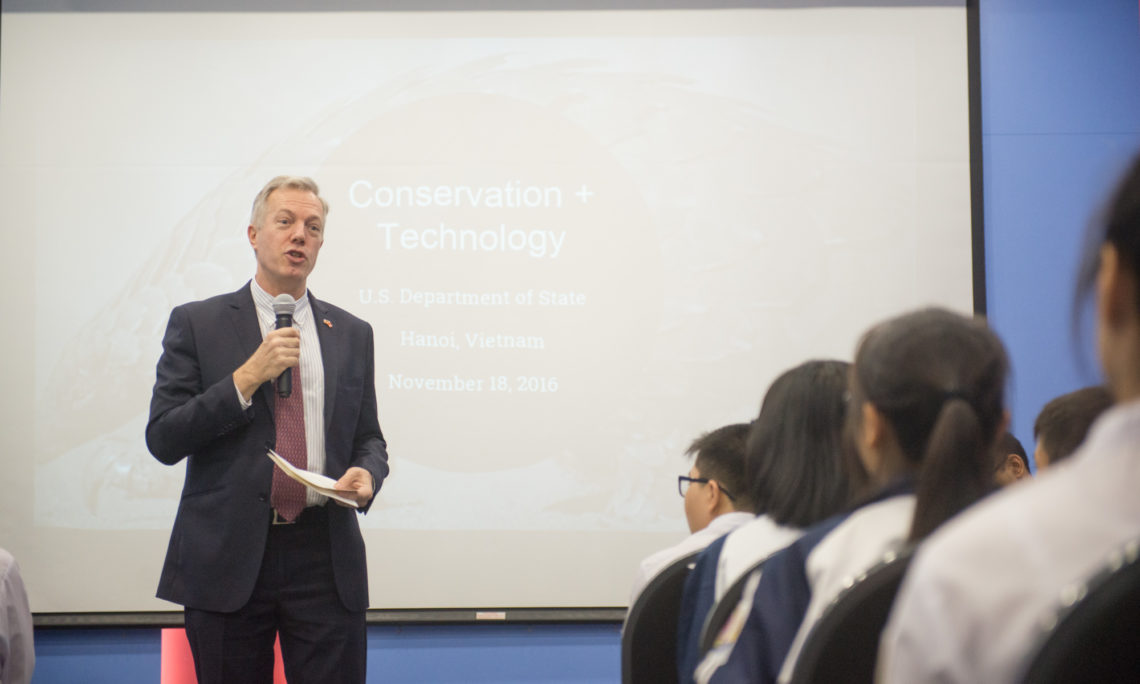 Global wildlife crime continues to rise rapidly and has reached crisis levels. The poaching and illicit trade of marine and land-dwelling animals is worth an estimated $20 billion a year. At current rates, experts predict that the world’s most iconic endangered species, including rhinos, elephants, and tigers, will perish from the planet within the next decade. Wildlife trafficking is a transnational criminal enterprise that generates billions of dollars of illicit revenue annually, threatens national security, undermines the rule of law, and facilitates the spread of infectious diseases.

“As Vietnam is a U.S. Government priority country under the Presidential Executive Order and U.S. National Strategy to Combat Wildlife Trafficking, we are pleased to work alongside the Government of Vietnam, national conservation groups and local communities to make a real difference in saving endangered and endemic species in the country,” Ambassador Osius said.

Ambassador Osius announced this new USAID program during the Creative Partnership to Combat Wildlife Trafficking panel discussion held at the American Center in Hanoi today. Representatives from the Discovery Channel, U.S. Fish & Wildlife Service, U.S. Department of State, and others discussed the latest technology, policy, and media innovations that are targeting wildlife crime.

The $10 million USAID Saving Species project is part of the broader U.S. Government engagement to combat wildlife trafficking, including the regional project, USAID Wildlife Asia, which President Obama announced at the ASEAN Summit in Laos, held in September, 2016.