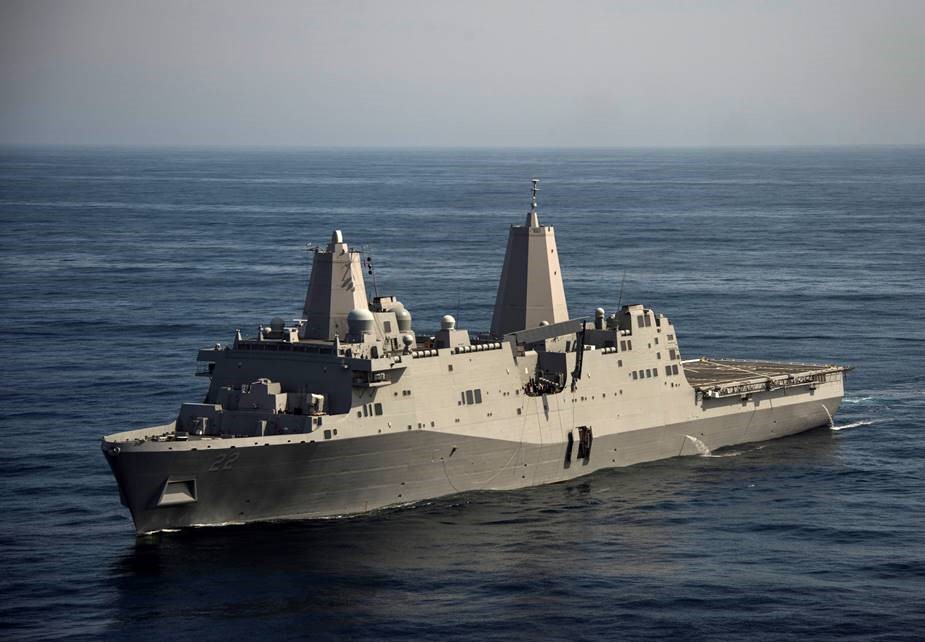 CAM RANH INTERNATIONAL PORT, Vietnam, August 8, 2017 – The U.S. Navy’s USS San Diego (LPD 22) arrived in the Cam Ranh International Port on Aug. 6 for a routine technical stop and for the crew to have an opportunity to experience Nha Trang.

The San Diego’s stop is another example of the depth of the U.S.-Vietnam comprehensive partnership through the strengthening of civilian and military ties.

The San Diego, an amphibious transport dock capable of carrying Marines and their equipment, has been at sea conducting training in the Indo-Asia-Pacific region over the past several weeks since departing its homeport of San Diego in early July.

“This is the first opportunity for some of our Sailors to fulfill one of those ambitions for why many people join the U.S. Navy – to see the world,” said Capt. Pete Collins, commanding officer of the San Diego. “Sailors and Marines will have the opportunity to make an impression by being solid U.S. ambassadors while also seeing what’s new and enjoying their time by seeing different cultures and different places.”

Sailors and Marines aboard the San Diego will have the chance to participate in recreational activities in Nha Trang and surrounding areas to include snorkeling excursions and temple visits.

“San Diego Sailors and Marines will have the opportunity of a lifetime to explore Vietnam and learn about its rich culture and heritage through our Morale, Welfare and Recreation tours. They will be able to visit the seaside resort town of Nha Trang with its beautiful beaches and delicious restaurants or the countryside with its local markets and temples,” said Lt. Alexandra Sibilla, the Fun Boss aboard the San Diego. “Most of our crew has never traveled to this area of the world and this port visit will give them the chance to expand their horizons while building positive relations with local Vietnamese residents.”

After stopping in Cam Ranh International Port, the San Diego will continue training with allies and partners in the U.S. 7th Fleet area of operations.

Commissioned in 2012, San Diego is the sixth ship in the San Antonio-class of amphibious landing transport dock ships. Designed as a multi-mission amphibious warship, these ships are able to support a broad range of expeditionary operations. The ship’s namesake comes from the city of San Diego which has a long mutual history with the U.S. Navy and is the fourth vessel to bear the name.

The America Amphibious Ready Group (ARG) and 15th Marine Expeditionary Unit (MEU) provide senior U.S. military leadership and partners with a flexible force, which can rapidly respond to contingencies and crises within a region. With ships, aircraft, troops, and logistical equipment, the ARG/MEU is a self-contained and self-sustained task force capable of conducting a wide range of military operations including humanitarian assistance and disaster relief.

The 7th Fleet’s area of operation spans more than 124 million square kilometers, stretching from the International Date Line to the India/Pakistan border; and from the Kuril Islands in the North to the Antarctic in the South.