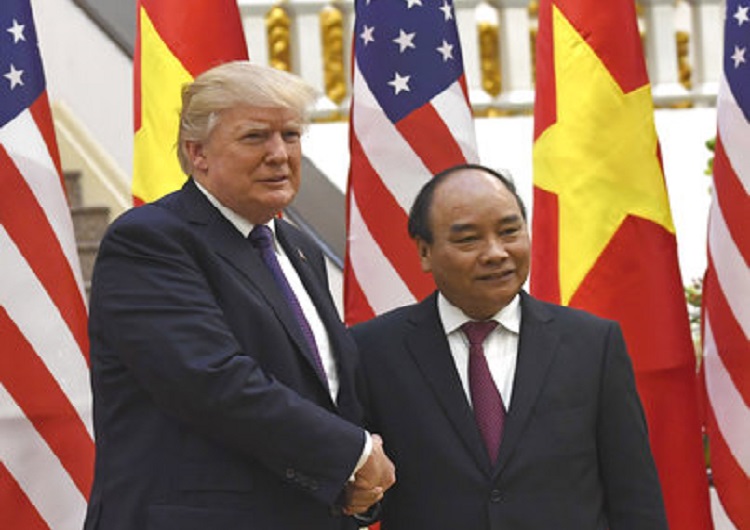 PRESIDENT TRUMP:  Well, thank you very much, Mr. Prime Minister.  I want to start by saying that the job done by Vietnam and your representatives, including yourself, the President, and everybody that I met — so many — is outstanding with respect to APEC.  This was hosted so beautifully, so professionally.

I got to tour parts of Vietnam, and it’s really looking well.  It’s looking beautiful.  And the people are happy, and the people are waving, and they like the United States; perhaps they like me.  But they were really lined up in the streets by the tens of thousands, and we very much appreciate that.

You are right — I believe this is the longest tour ever made by an American President of Asia.  I’m now going for a day and a half to the Philippines, and then it will be back home to Washington and the United States.  But we have really enjoyed ourselves in Vietnam, and we very much appreciate it.

Important to me is trade, because right now we have a very substantial trade imbalance with Vietnam — approximately $32 billion, which is a tremendous amount of money.  And we have to take care of our American companies and we have to take care of American workers.  And perhaps the administrations previous to me didn’t like the subject, understand the subject — something was wrong — because there are so many problems having to do with trade imbalance.  So we want to get that straightened out very quickly.

We would like you to buy your equipment from the United States.  We make the best equipment, we make the best military gear and planes and anything you can name.  The missiles are in a category that nobody even comes close.

Other than that, I think we’re going to have a fantastic relationship, and I look forward to it for many years to come.