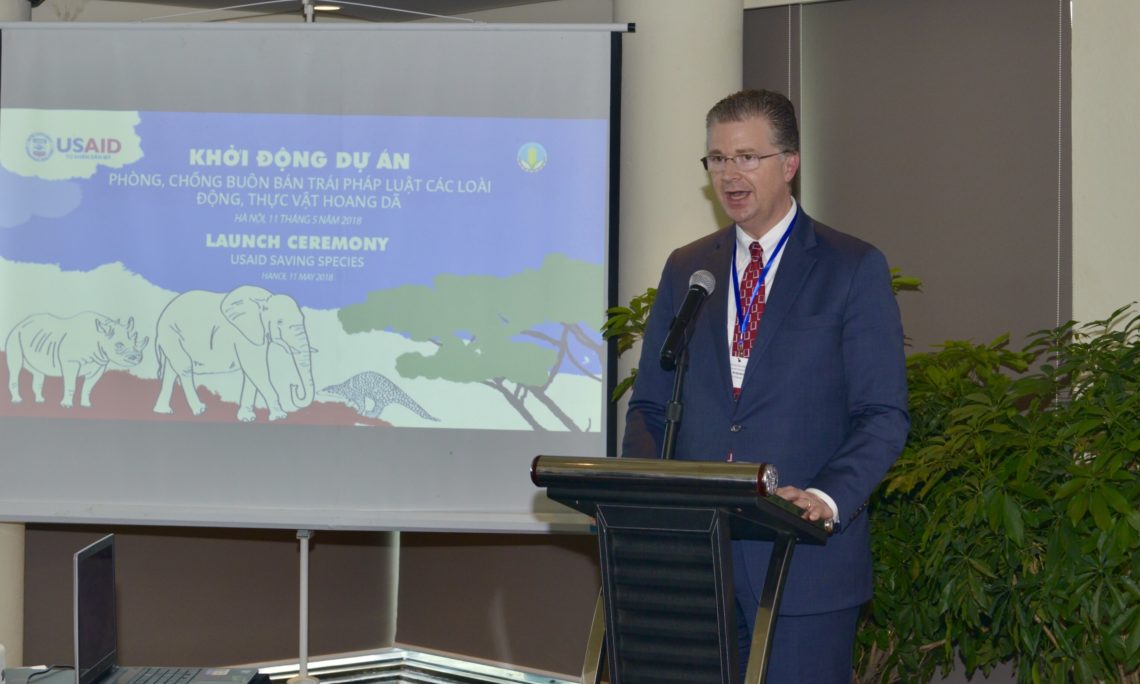 “USAID Saving Species is not just a commitment between the U.S. and Vietnamese governments, it will also link to the efforts of other organizations, within Vietnam and beyond, who are committed to combating wildlife trafficking. Only by working together can we solve this global issue,” said Ambassador Kritenbrink.

With a budget of approximately $10 million, USAID Saving Species supports the Government of Vietnam to combat wildlife trafficking through three integrated and mutually reinforcing objectives: harmonizing and improving the legal framework for wildlife crime; strengthening and improving law enforcement and prosecution of wildlife crime; and reducing consumer demand for illegal wildlife products. The project’s focal species are rhinos, elephants, and pangolins, and targeted geographic locations include major cities such as Hanoi, Ho Chi Minh City, and Danang, as well as transit points for the illegal trade, such as border crossings, ports, and airports.

To learn more about the project, visit: https://goo.gl/US5ra4

For photos of the launch, visit: https://flic.kr/s/aHsmkfUHK8