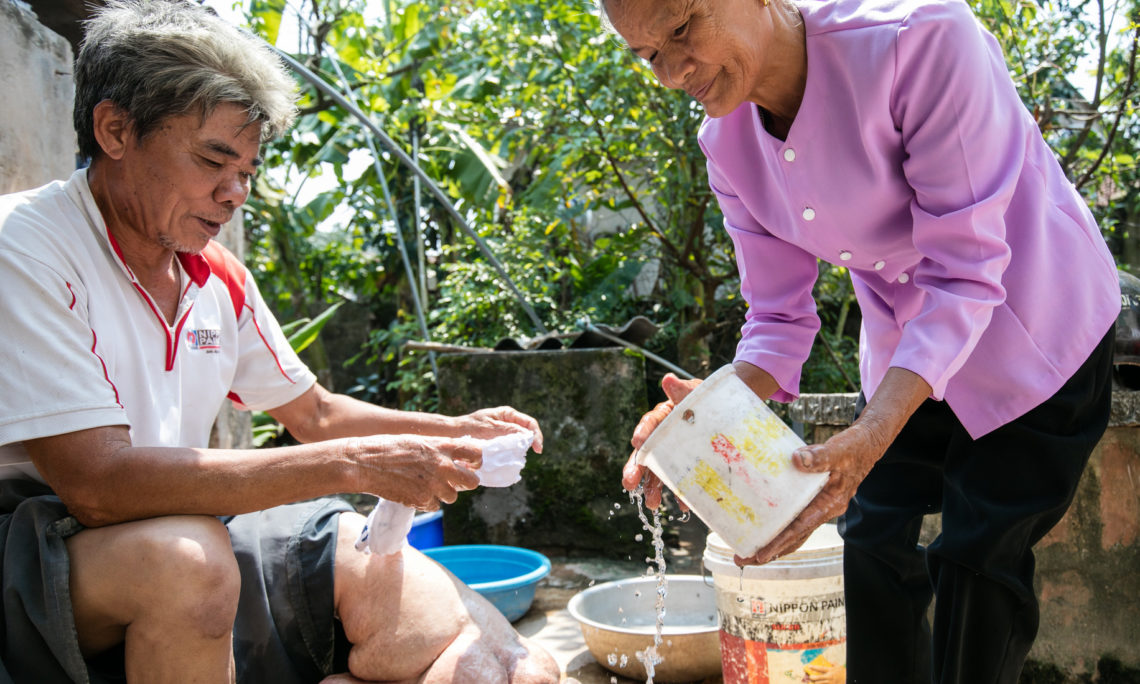 A patient washes his leg, which is swollen from lymphedema caused by lymphatic filariasis.

October 16, 2018 — The World Health Organization (WHO) announced Vietnam has eliminated lymphatic filariasis (LF) as a public health problem. The U.S. Agency for International Development (USAID) congratulates the Government of Vietnam and partners on this extraordinary, decades-long achievement. USAID has supported Vietnam in its efforts to eliminate LF since 2011. Globally, only a handful of countries with endemic LF have achieved this status.

Lymphatic filariasis, also known as elephantiasis, is a parasitic disease transmitted to humans via mosquitoes. LF disrupts the body’s ability to drain and redistribute lymph fluids and frequently causes severe swelling of limbs and other body parts. Painful disfigurement is common, making daily activities like walking and working extraordinarily difficult. Besides pain and disability, many suffer socially and are isolated from family and community members.

USAID strategically supports countries to plan, finance, and implement solutions to their own development challenges. In Vietnam, USAID assisted the country to conduct surveys to assess disease transmission, evaluate readiness and quality of services for persons living with LF and gather evidence and draft the WHO dossier – the formal document that is used to validate elimination of a disease.

USAID is a global leader in elimination and control of seven of the most prevalent neglected tropical diseases, including lymphatic filariasis. Together with partners, USAID has supported the delivery of 2.3 billion courses of treatment to more than one billion people across 31 countries over the past 12 years. As a result of these efforts, 253 million people now live in areas where treatments for lymphatic filariasis are no longer required.