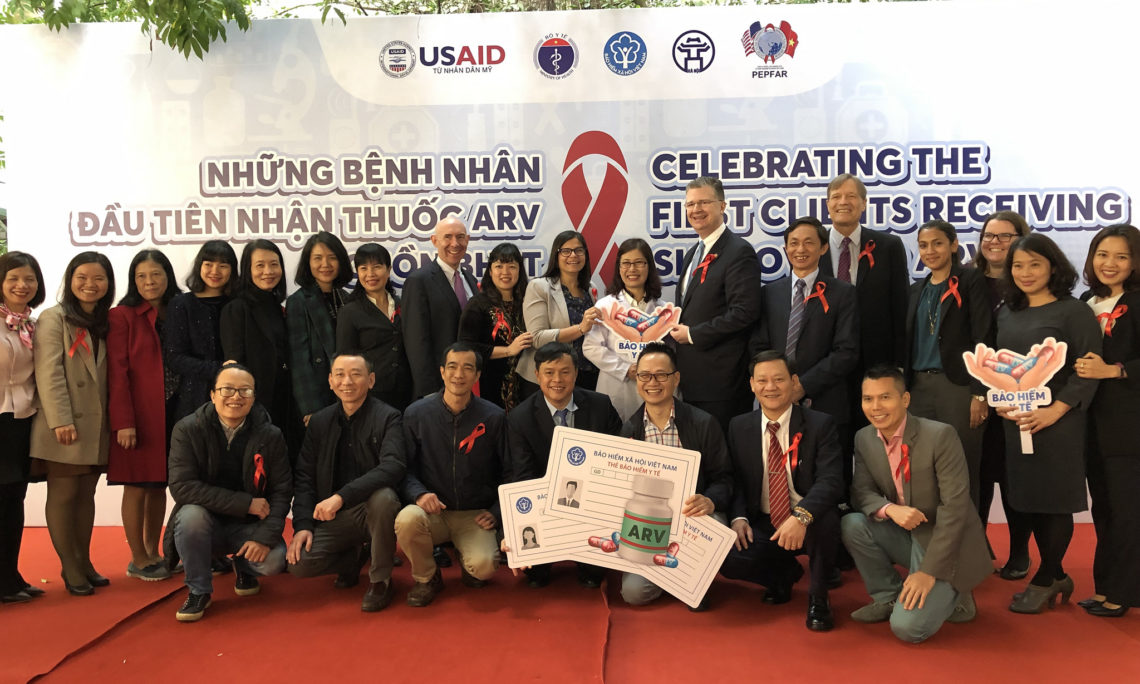 While HIV patients need lifelong treatment that can be costly, early and continuous treatment enables them to lead healthy lives and effectively eliminates the risk of sexual transmission to their partners. Historically, ARVs were provided free-of-charge in Vietnam through international donors. However, over the last five years, the PEPFAR program, through its activities, has been working with the Government of Vietnam to transition the responsibility for financing the country’s HIV response from donors to SHI. Key in the transition was revising the Social Health Insurance Law and benefits package to include funding for HIV treatment; integrating HIV clinics in the public health system; increasing the number of HIV patients enrolled in SHI from 40% in 2014 to 89% in 2018; procuring ARVs through SHI; and creating procedures for HIV services reimbursement by SHI.

Across the world, very few developing countries are applying their SHI programs to cover HIV treatment services. Among the PEPFAR focused countries, Vietnam is the only country mobilizing domestic resources through SHI to cover HIV treatment services. This can be attributed to the Government of Vietnam’s strong commitment to the long-term sustainability of its HIV/AIDS response. Vietnam is also a global leader in achieving viral suppression, at 93%. Viral suppression is a measurement of the degree to which the HIV virus is in a person’s bloodstream. When an HIV positive patient achieves viral suppression and has an undetectable viral load, not only does s/he have a significantly increased likelihood of improved health outcomes, but it also eliminates their likelihood of transmitting HIV.