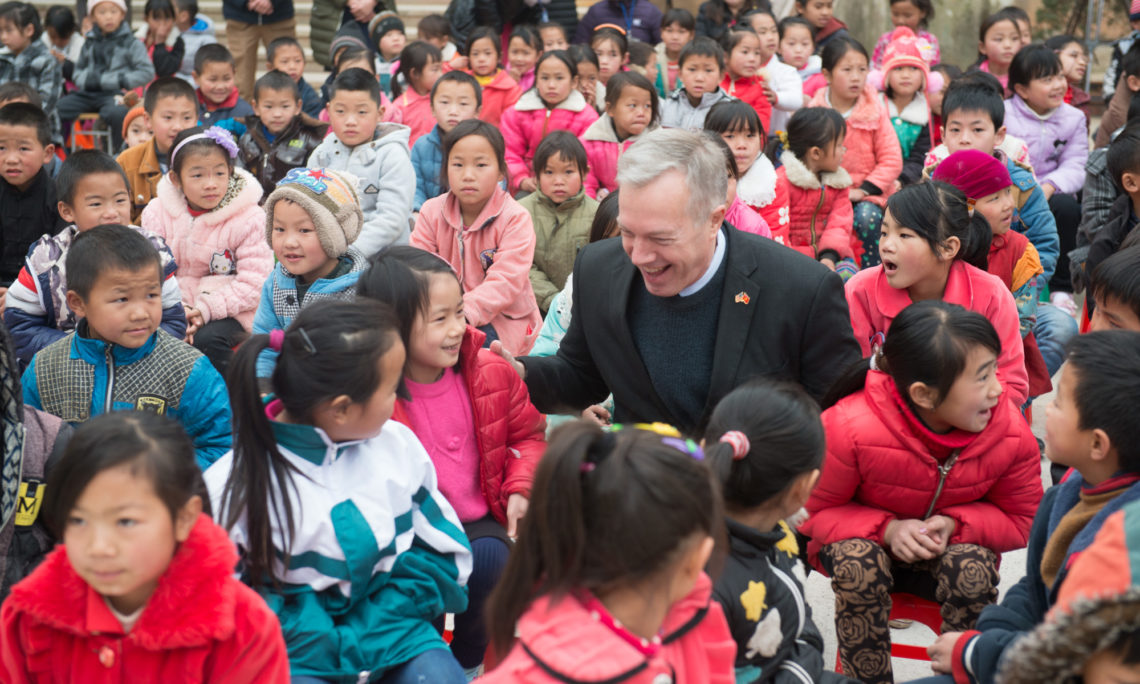 “People are our nation’s most precious resource, and a good education is the foundation to growing this resource. Vietnam has a saying, ‘To reap a return in 10 years, grow trees, to reap a return in 100 years, grow people.’ I hope this school provides the foundation that will help propel Vietnam to its fullest potential,” said Ambassador Osius during the official handover of the school.

“My country has a saying; our children today are the future of tomorrow. And in front of me, I see the future leaders of Vietnam and the world. I am also a proud father of two beautiful children so I understand the importance of having a safe and good environment for education,” Ambassador Osius added during the handover.

Since 2009, the U.S. Government, through the Overseas Humanitarian Disaster Assistance and Civic Action Program, has partnered with the Vietnamese government to construct schools, clinics, disaster coordination centers and bridges in many towns and villages throughout Vietnam. The Pho Bang Primary School is the 20th school this cooperation has built in Vietnam.