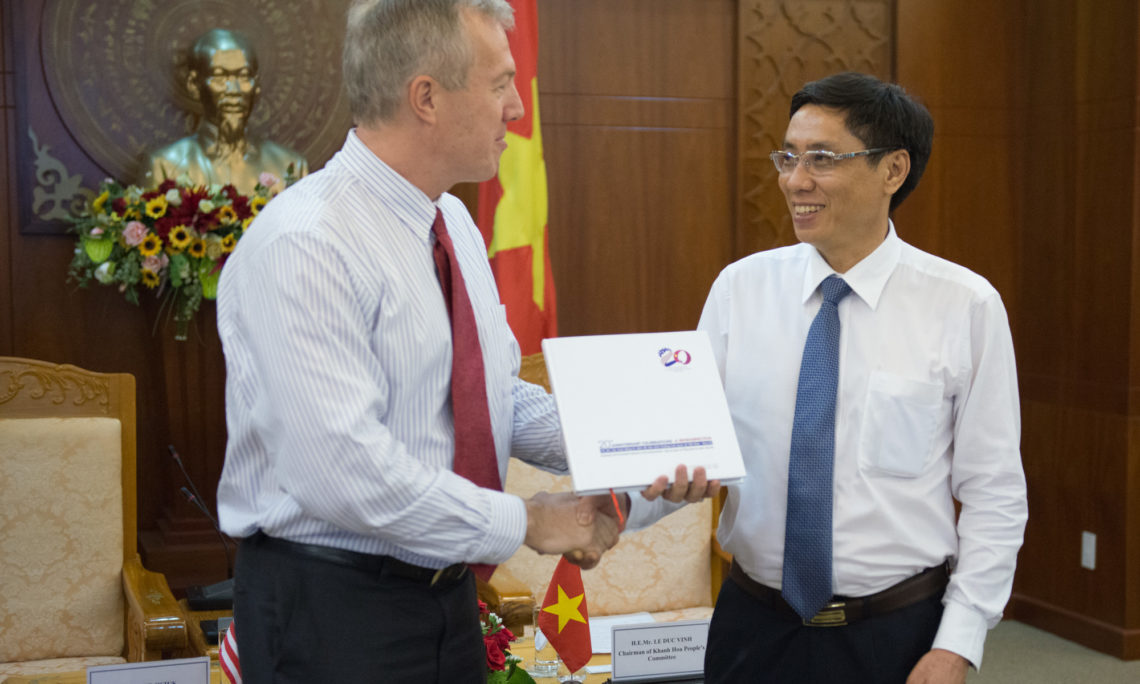 In his meeting with the Chairman of Khanh Hoa Province People’s Committee Le Duc Vinh, Ambassador Osius thanked the province for its support and warm welcome for PP17, discussed opportunities for further economic and educational collaboration, addressed issues of civil society, and congratulated the province on its rise in the Provincial Competitiveness Index (PCI) 2016 ranking. During a separate signing ceremony for a Memorandum of Understanding between Khanh Hoa Province and Microsoft Vietnam to develop Nha Trang as a “smart city,” Ambassador Osius highlighted that the application of “smart city” technology will help improve Nha Trang’s business environment, provide a boost to the tourism industry, improve public safety, and enhance urban planning.

“Pacific Partnership 17 shows the depth of our partnerships, particularly in capacity to coordinate regional humanitarian assistance and disaster response. Personnel from our countries are working together to train medical professionals and enhance medical care. Also, we’re improving the facilities at area schools, highlighting our shared focus on education as a driver for social and economic development,” Ambassador Osius noted during the trip.

This is the eighth time in eleven years that PP17 has taken place in Vietnam. This year’s events in Khanh Hoa include personnel from the United States, United Kingdom, Australia, and Japan.  Crew from the Vietnam People’s Navy hospital ship Khanh Hoa-01 and Japan Maritime Self-Defense Force’s destroyers J.S. Izumo and J.S. Sazanami also joined mission personnel for the Khanh Hoa mission stop.