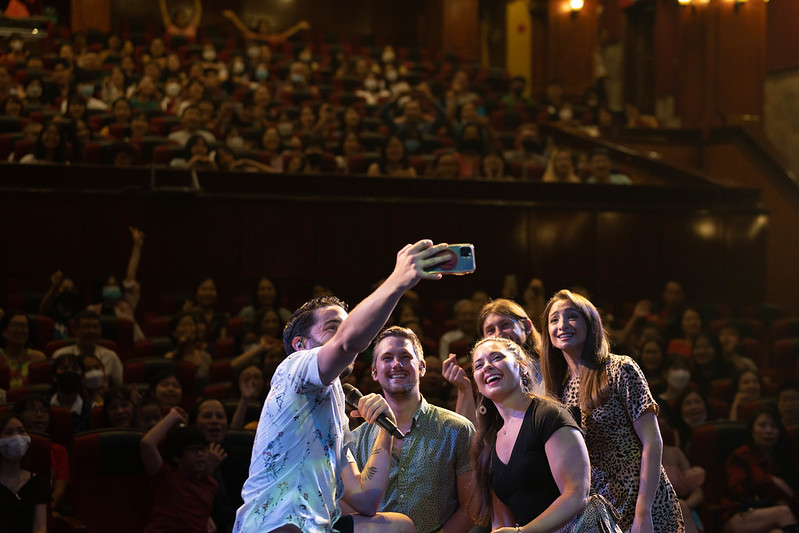 In Danang, Backtrack Vocals joined well-known Vietnamese artists, such as Da LAB, My Anh, Buc Tuong, Kimmese, Brainwave, and more on stage at BridgeFest 2022, a music festival highlighting diversity, inclusion, and social issues in Vietnam.  The festival attracted thousands of attendees both in-person and online.

Speaking at BridgeFest, U.S. Ambassador to Vietnam Marc Knapper said, “BridgeFest is a wonderful opportunity for us to come together as a community and express our support for a society that values the importance of all members equally.  Social inclusion makes societies stronger, more resilient, and more globally competitive.”

In Hanoi, Backtrack Vocals engaged with an audience of 300 in a public performance at the Youth Theater and held a musical exchange with several hundred students at the National University of Art Education.  The group also traveled north to Lao Cai Province and cultural outreach with students and lecturers at Lao Cai College.

American Music Abroad artists represent the best of the new generation of U.S. musical ambassadors, reaching beyond concert halls to interact with other musicians and the general public abroad.