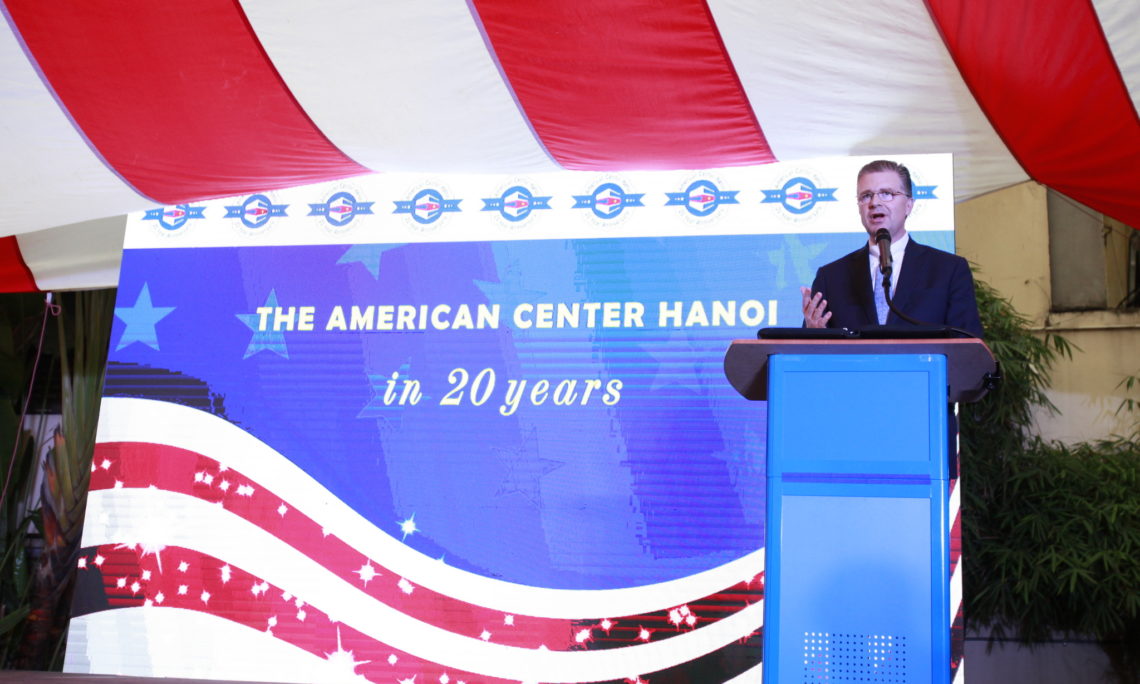 Formerly known as the Information Resource Center located in Ba Trieu Street, the American Center was established in 1997 to provide research information from the United States for government officers, professors, researchers, and non-profit institutions. Many of the early users have become leaders in their fields in universities, non-profit institutions, even senior government officials, including the Vice Chief of Staff of the Vietnamese President’s Office.

In 2000, the American Center moved to its current location at 170 Ngoc Khanh Street with expanded services including weekly film showings, classes on internet searching strategies, English language workshops, and public speaking skills. Since then, the American Center has become a place for people to learn English, STEM, entrepreneurship, soft skills, and conduct research. With the slogan, “Fun, Free, Friendly, and For All,”  in 2017 alone, the American Center organized over 700 programs, workshops and courses, and have touched on tens of thousands of people’s lives in Hanoi and beyond.

The American Center programs help visitors gain new knowledge and perspective.  For example, during the April 12 event, we also celebrated Earth Day.  The Ambassador launched the “End Plastic Pollution” campaign to educate and inspire people to make some simple behavior changes including:

Because peoples’ health and the health of our oceans are intertwined.  When plastic bottles and bags enter the ocean, the toxins leak out and contaminate the fish we eat.   Yet, clean oceans are vital to the fishing and seafood industries, and clean beaches are vital to the tourism industry.

A 2015 University of Georgia study found that Vietnam was the fourth greatest contributor to ocean plastics pollution worldwide. We call on our friends in Vietnam to join international efforts to put a stop to this pollution and safeguard the marine environment that we all depend on.

Follow our #EndPlasticPollution campaign on the Embassy’s Facebook page.  Educate your friends and families and encourage them to take action as well.  Protecting our ocean and our health is everyone’s responsibility!

The American Center Hanoi is committed to being a “Fun, Free, Friendly, For all” community center for people to learn, to discover, and to seek opportunities.  Even if you cannot visit us in person, you can follow us on Facebook  https://www.facebook.com/usembassyhanoi/ for our free livestreamed workshops and discussions.