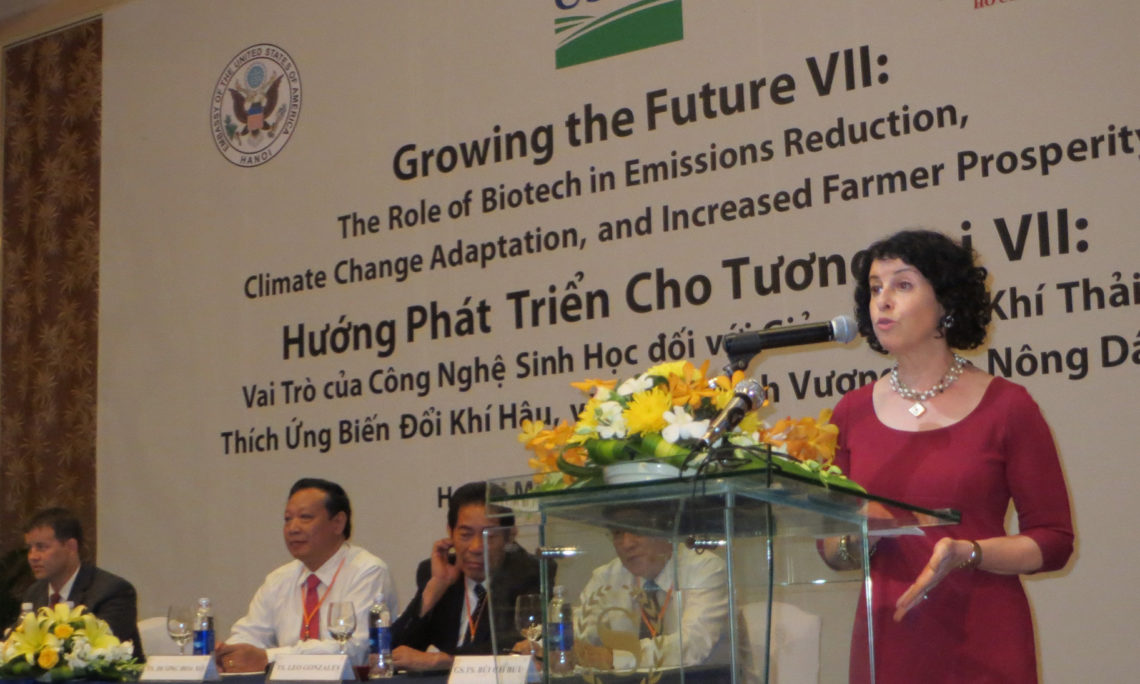 Consul General Rena Bitter on August 19 opened the agricultural biotechnology conference “Growing the Future VII: The Role of Biotechnology in Emissions Reduction, Climate Change Adaptation, and Increased Farmer Prosperity” in Ho Chi Minh City.  The event was organized by the US Embassy in Hanoi in coordination with the Biotechnology Center of Ho Chi Minh City.  It brought together researchers, policymakers, and private industry representatives to discuss the benefits of agricultural biotechnology for Vietnam.

“The theme of our conference today is the important role biotechnology can play in Vietnam’s efforts to both reduce greenhouse gas emissions and to adapt to the effects of climate change. Vietnam is one of the countries considered most vulnerable to the negative impacts of climate change because of its high population density in lowland river deltas and coastal areas, its long coastline, and its geographic positioning,” said Consul General Rena Bitter.

The keynote speaker at the conference was Dr. Leonardo Gonzales, Founding President and Chairman of The Society toward Re-enforcing Inherent Viability for Enrichment, based in the Philippines. Dr. Gonzales discussed the Filipino farmers’ experience after ten years of biotech corn cultivation and the benefits of adopting the technology.

A similar conference was organized in Can Tho on August 18 and was co-hosted by Can Tho University.