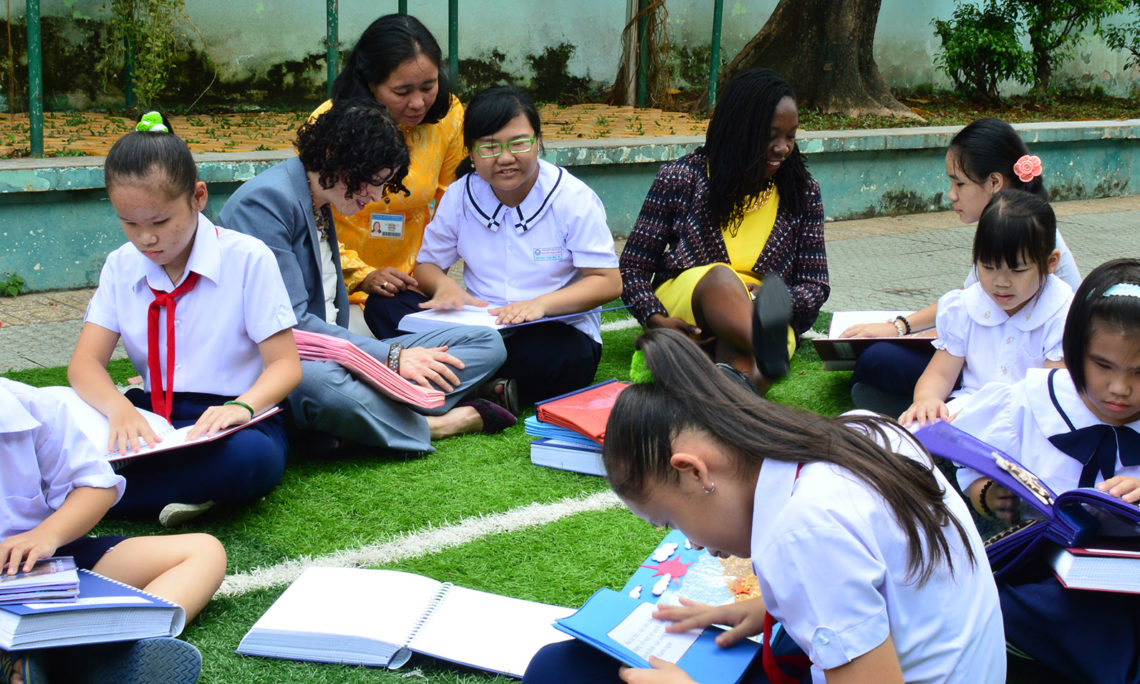 On September 5, Consul General Rena Bitter attended a new school year ceremony at Nguyen Dinh Chieu School for the Blind. At this event, the Consul General also donated 17 titles of ‘talking books’ and 9 titles of braille books to the school. The books are produced by the Ho Chi Minh City Library of General Science via a joint project of the American Center HCMC and the Ho Chi Minh City Library of General Science. The goal is to produce reading materials for visually impaired students in Ho Chi Minh City and other provinces in the southern part of the country. The Consul General also spent time reading and playing with students.