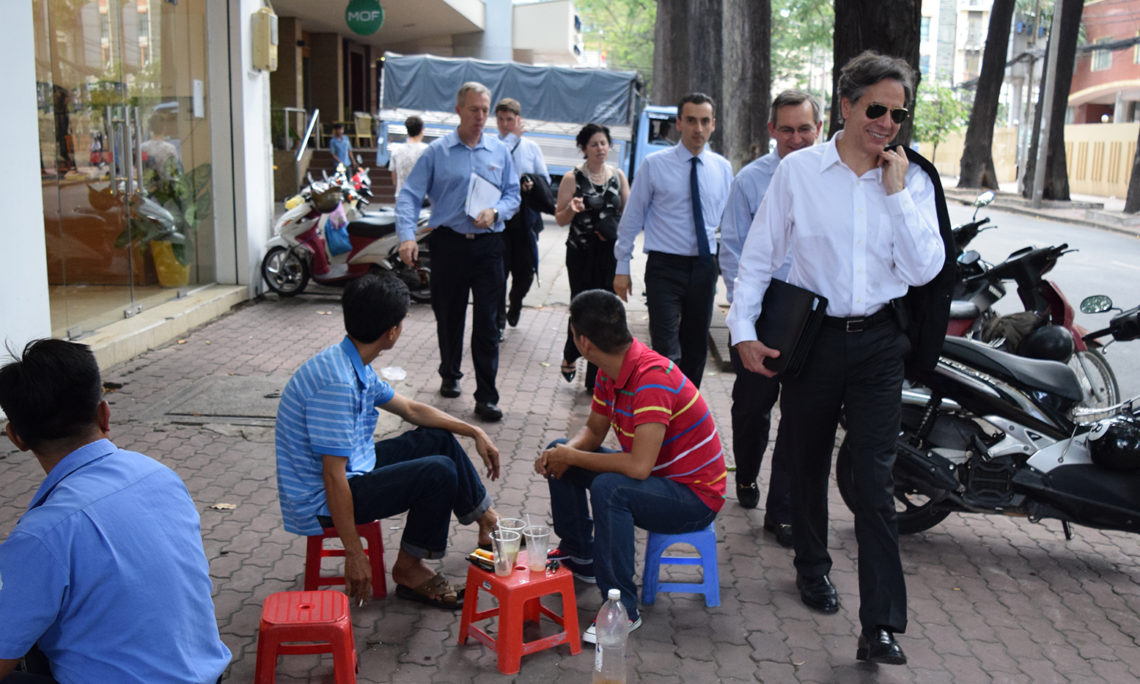 At the newly-renovated American Center in Diamond Plaza, Deputy Secretary Blinken met students who were utilizing the Center’s Innovation Lab to edit videos for an ecologically-themed video contest.

Local business leaders spoke with Deputy Secretary Blinken about opportunities and challenges they face doing business in Vietnam. He also spoke with members of local and international media about his trip, impressions of Vietnam, and bilateral relations.

After the American Center, Deputy Secretary Blinken visited with local religious leaders at the Notre Dame Cathedral, and went on a tour of the historic church.

Deputy Secretary Blinken’s trip in Southeast Asia continues with stops in Indonesia and Myanmar, before returning to Washington, DC.