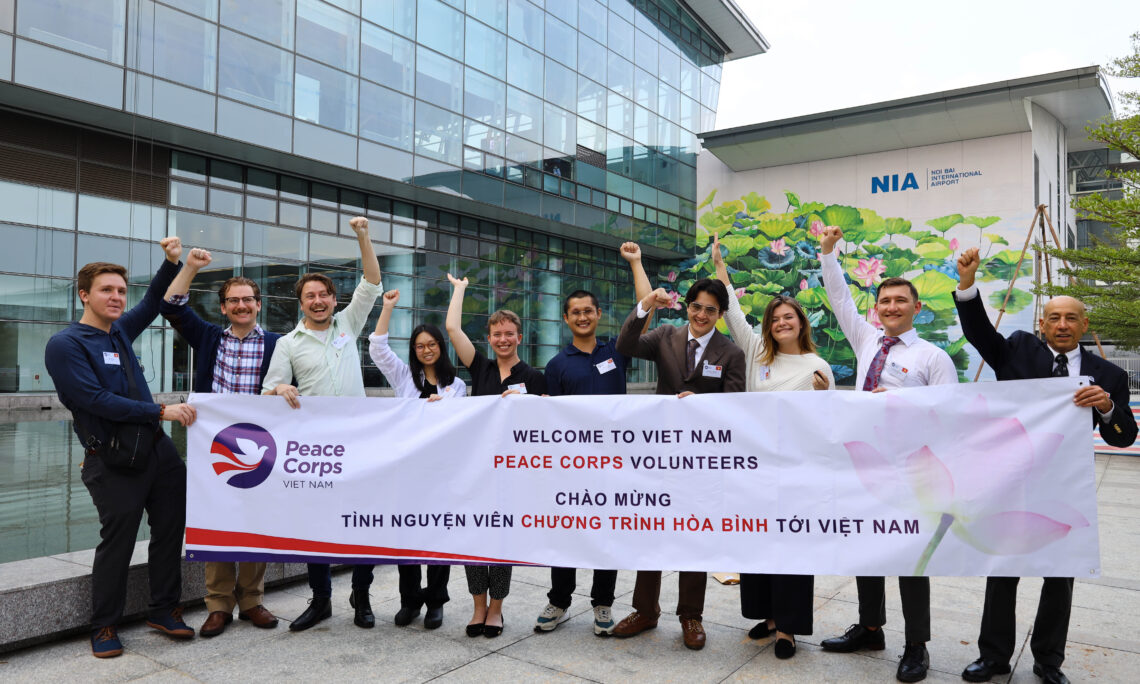 HANOI, October 27, 2022 – Today the Peace Corps welcomes its first ever cohort of 10 volunteers to Vietnam.  The focus of the Peace Corps program in Vietnam is English education, as outlined in an Implementing Agreement signed in 2020 between the U.S. and Vietnamese governments with Peace Corps and the Ministry of Education and Training (MOET) as Implementing Entities.

Fully aligned with MOET’s national priorities for English Language Education, these Peace Corps Volunteers will serve in secondary schools throughout the districts of Hanoi beginning in January 2023, after 10 weeks of comprehensive training to build the cultural understanding and skills necessary to work effectively in Vietnam’s educational system.  They will be assigned to co-teach English classes alongside Vietnamese English teachers.

Prior to leaving the United States, the Volunteers gathered on October 25, 2022 in Washington, D.C., where they heard remarks and words of encouragement from Ambassador Nguyễn Quốc Dũng, Ambassador Extraordinary and Plenipotentiary of the Socialist Republic of Vietnam to the United States of America.

The arrival of this first group of Volunteers marks a significant milestone in the U.S.-Vietnam relationship, building on decades of growing people-to-people ties and close partnership to promote English language learning.

Peace Corps is an independent agency under the Executive Branch of the U.S. government which operates a volunteer program to provide host governments with assistance on their development priorities.  Since President John F. Kennedy established the Peace Corps in 1961, over 240,000 Americans have served as Volunteers in more than 142 countries.  Vietnam is the 143rd country to invite and partner with the Peace Corps.  The Mission of Peace Corps is to promote world peace and friendship by fulfilling three goals: