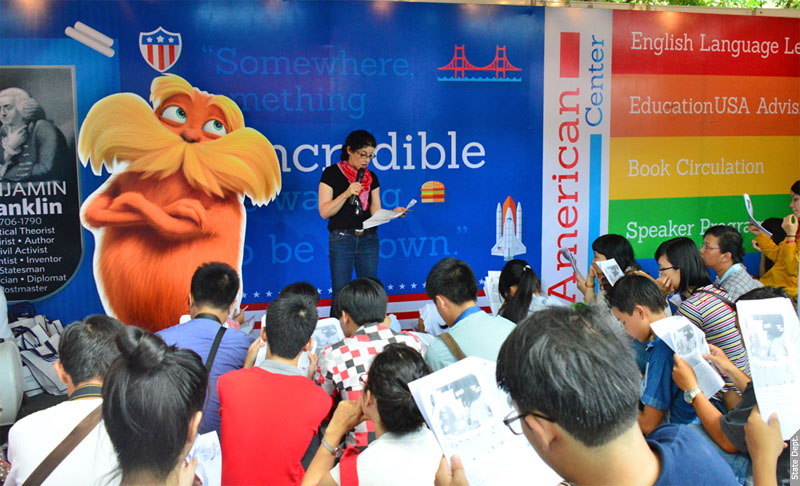 Consul General tells the story Lorax by Dr. Seuss at the Book Fair

The American Center and EducationUSA took full advantage of a rare and prominent public space to distribute information and hold programs for the nearly one million visitors to Ho Chi Minh City’s 2014 book fair, one of the city’s largest cultural events held every two years. During the week-long fair, the American Center introduced and distributed tens of thousands of copies of IIP and ECA publications of interest to Vietnamese audiences including ‘In Brief’ booklets on American education, history, and economics, resources for journalists and NGO workers, English teaching materials, and the English language game Trace Effects. A full schedule of programming at the booth included storytelling by Consul General Rena Bitter, a jazz program, an environmental talk, book clubs, film screenings, discussions, English language games, and EducationUSA advising sessions. Tens of thousands of eager participants, mostly youth, attended events or browsed AC and EdUSA shelves throughout the week, often fully blocking the aisles of the fair and overtaking the space of adjacent vendors.