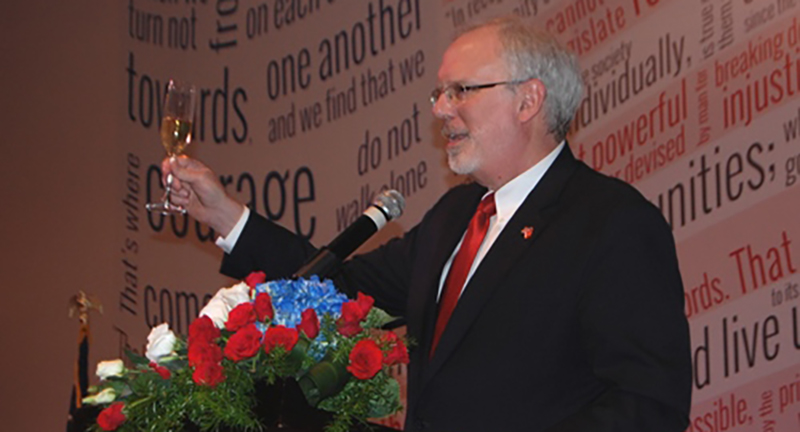 In observance of the 238th year of U.S. independence and the 50thanniversary of the Civil Rights Act in the United States, the U.S. Consulate welcomed distinguished businesspeople, government representatives, and prominent Ho Chi Minh City citizens to the Fourth of July Celebration at White Palace in Ho Chi Minh City on the evening of July 2, 2014. Speaking at the event, Ambassador David Shear emphasized the U.S. mission’s goals in Vietnam, and President Obama’s commitment to the ‘Rebalance to Asia’ and development of a deeper relationship with Vietnam. Ambassador Shear also recognized U.S.-Vietnam cooperation in the areas of economic growth, education, technology, trade, public health, human rights, American business investment, and regional and global stability. The evening’s food and festivities were made possible by donations from a number of local and American sponsors.