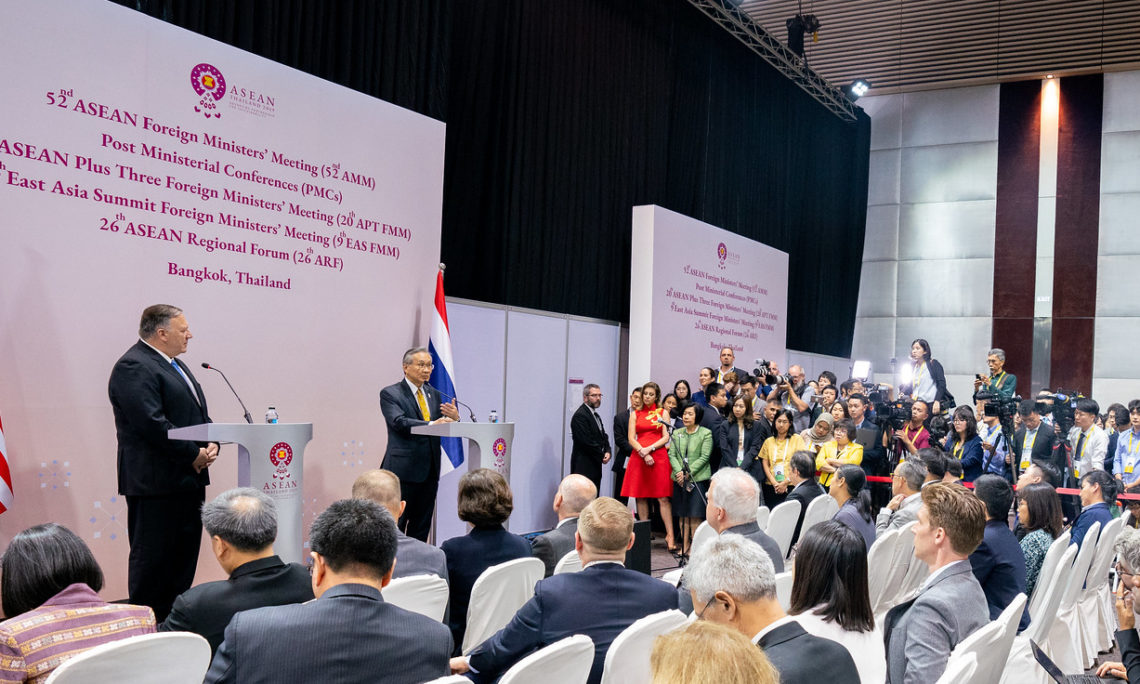 U.S. DEPARTMENT OF STATE
Office of the Spokesperson
For Immediate Release
REMARKS

SECRETARY POMPEO: Thank you. Thank you, Foreign Minister. Thanks for hosting here today, and I want to congratulate also Foreign Minister Don on a successful year at Thailand’s chairmanship.

As Secretary of State, a key part of my mission is to tell the world what America stands for. For decades, American diplomacy with ASEAN has been consistently guided by our desire for a partnership of respect towards the sovereignty of each of our nations, and a shared commitment to the fundamental rules of law, human rights, and sustainable economic growth.

Those commitments and the commitments at ASEAN’s centrality endure under President Trump’s leadership. I was heartened to see ASEAN recently released its outlook on the Indo-Pacific, which also supports sovereignty, transparency, good governance, a rules-based order, among many other things.

Look, we don’t ever ask any Indo-Pacific nation to choose between countries. Our engagement in this region has not been and will not be a zero-sum exercise. Our interests simply naturally converge with yours to our mutual benefit.