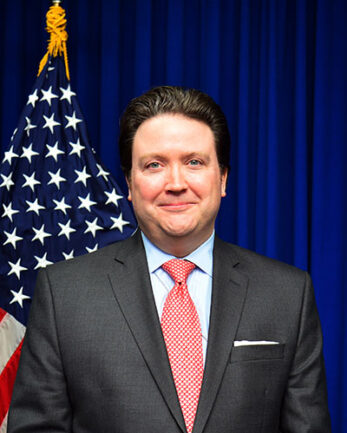 Marc E. Knapper is a member of the Senior Foreign Service of the U.S. Department of State and the Ambassador to Vietnam.  He most recently served as Deputy Assistant Secretary for Korea and Japan from August 2018 to July 2021.  Prior to assuming this position, Marc was Chargé d’Affaires ad interim in Seoul from 2017 to 2018 and Deputy Chief of Mission from 2015 to 2016.  Earlier assignments include Director for India Affairs, Director for Japan Affairs, and Seoul, Baghdad, Tokyo, and Hanoi.

A native of Los Angeles, Marc is married to Suzuko Knapper and they have one son, Alex, who is 21.