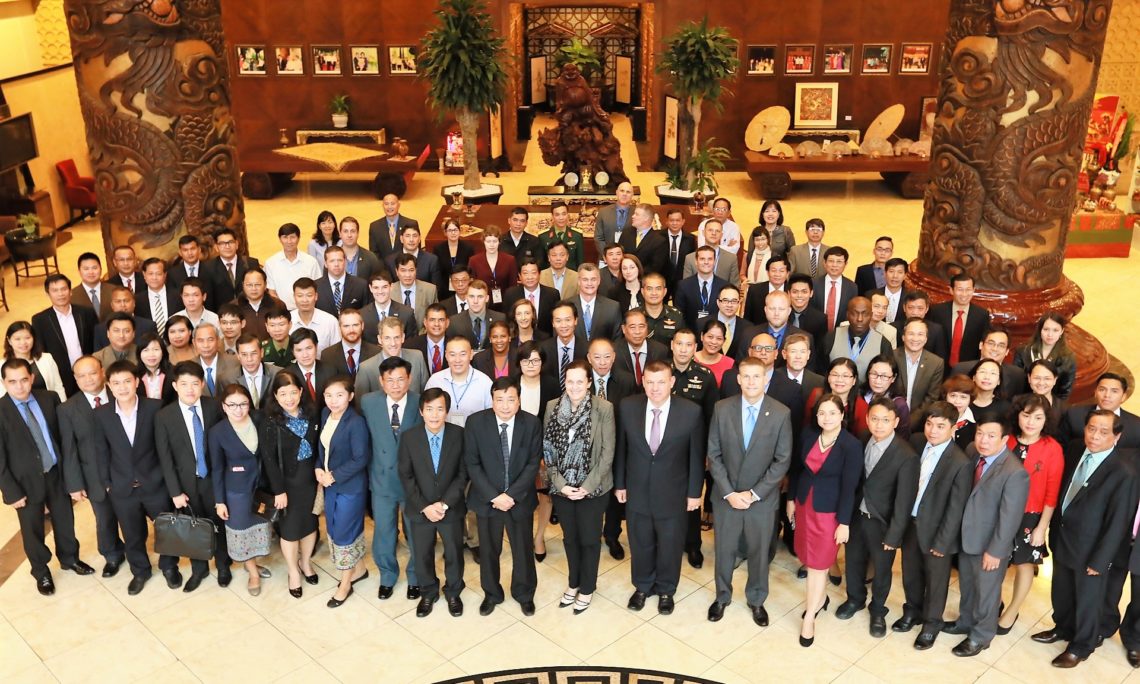 This year’s emphasis is on flood response in the Lower Mekong region.

“We believe that our event here is very relevant and meaningful especially in the context of the recent historical flooding that severely affected Hue and the central provinces of Vietnam,” said Dr. Tran Quang Hoai, the MARD Director General of the Directorate of Disaster Management, during the opening ceremony.

Typhoon Damrey made landfall in early November claiming 123 lives while destroying thousands of houses and important infrastructure—with damages estimated at almost one billion U.S. dollars.
The Deputy Chief of Mission, U.S. Embassy Vietnam, Caryn R. McClelland, also spoke during the opening ceremony and highlighted the opportunity for building relationships while collaborating and coordinating disaster relief response across the region.

“The LMI DREE is important since storms and disasters do not adhere to manmade borders or jurisdictions. Often, we see how neighboring countries must work together to solve regional issues,” McClelland said.

The humanitarian assistance/disaster relief exercise brings together more than 100 disaster management experts from a wide range of government and international organizations.

Working groups will focus on event themes, and participants will work together to promote communication and information sharing. During the working groups, participants will have panel sessions discussing specific topics and interactive events that encourage collaboration. During the site survey, the participants will travel to the Saline Intrusion Dam near the mouth of the Perfume River in the vicinity of Hue, Vietnam. This location will serve as a segue into the TTX. During the TTX representatives from member states will work together to develop a regional solution in response to a common disaster scenario.

“This event gives the opportunity to foster relationships at the individual and governmental levels. Working together now allows for easier collaboration during the stress of a real natural disaster. I am confident the discussions and the TTX will build upon the vital relationships and processes necessary in saving lives during the next inevitable disaster,” said McClelland.

Launched in July 2009, the Lower Mekong Initiative is a multi-national effort intended to build local capacity and encourage effective regional collaboration across borders in an effort to overcome regional challenges. In 2011, Vietnam hosted a Lower Mekong Countries Disaster Management Workshop. The first event, in Ho Chi Minh City, offered emergency preparedness and collaboration activities under the LMI umbrella, and is now hosted each year by one of the six member-states.