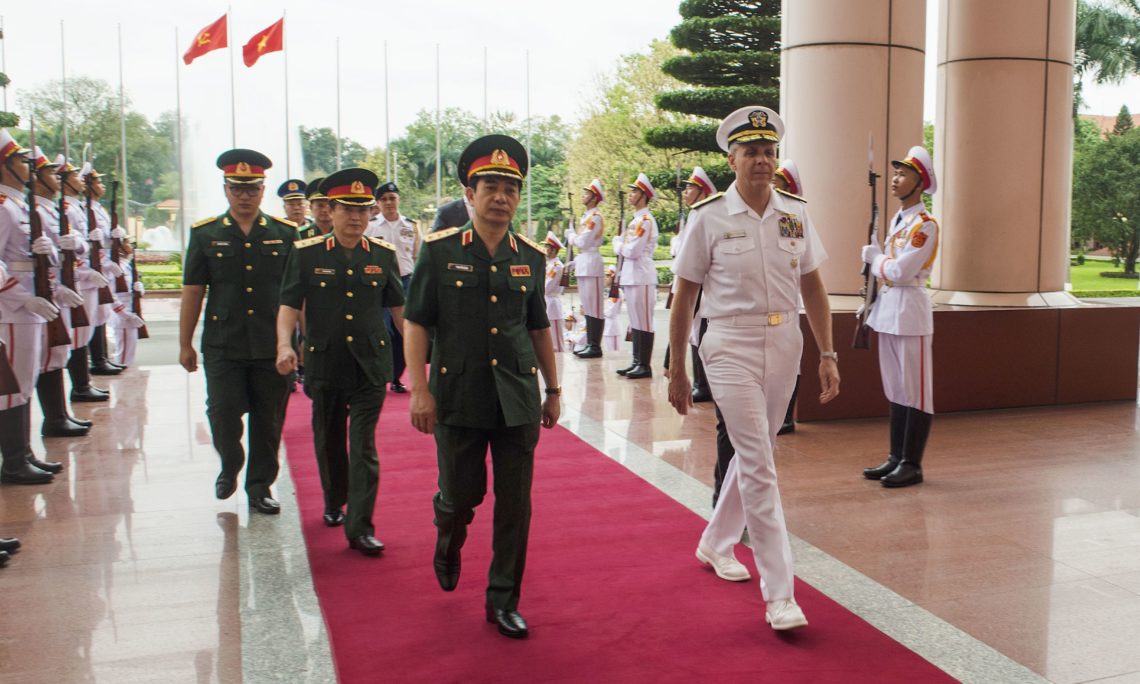 During the meetings, Admiral Davidson and Vietnamese officials discussed how the United States and Vietnam continue to deepen security cooperation in numerous fields including addressing legacies of war, increasing Vietnam’s capacity in peacekeeping operations, building capacity in maritime law enforcement, and ensuring a free and open Indo-Pacific.

“Our U.S.-Vietnam defense cooperation is based on our common strategic interests in upholding Vietnam’s sovereignty and independence and promoting a rules-based international order,” said Admiral Davidson during the visit.

On April 17, Admiral Davidson visited Khanh Hoa Province and met with provincial People’s Committee Standing Vice Chairman Tran Son Hai. He also inaugurated new rooms built by the U.S. military for Khanh Hoa Dermatology Hospital, which will increase the treatment capacity for the people in and around Nha Trang City.

This opportunity arose from close cooperation between the Khanh Hoa People’s Committee and U.S. partners during Pacific Partnership 18 last year.

From April 17 to 18, Admiral Davidson visited Ho Chi Minh City where he met with City Party Committee Secretary Nguyen Thien Nhan. In his meeting with business leaders in the city, they discussed how the United States and Vietnam can work together to support private sector infrastructure investment as part of President Trump’s Indo-Pacific Strategy.

Admiral Philip S. Davidson has served as the Commander of the USINDOPACOM since May 2018 and reports to the President of the United States through the Secretary of Defense.

U.S. Indo-Pacfic Command, America’s oldest and largest military combatant command, covers about half the earth’s surface, stretching from the waters off the west coast of the United States to the western border of India, and from Antarctica to the North Pole. USINDOPACOM is one of six geographic Unified Combatant Commands of the U.S. Armed Forces.