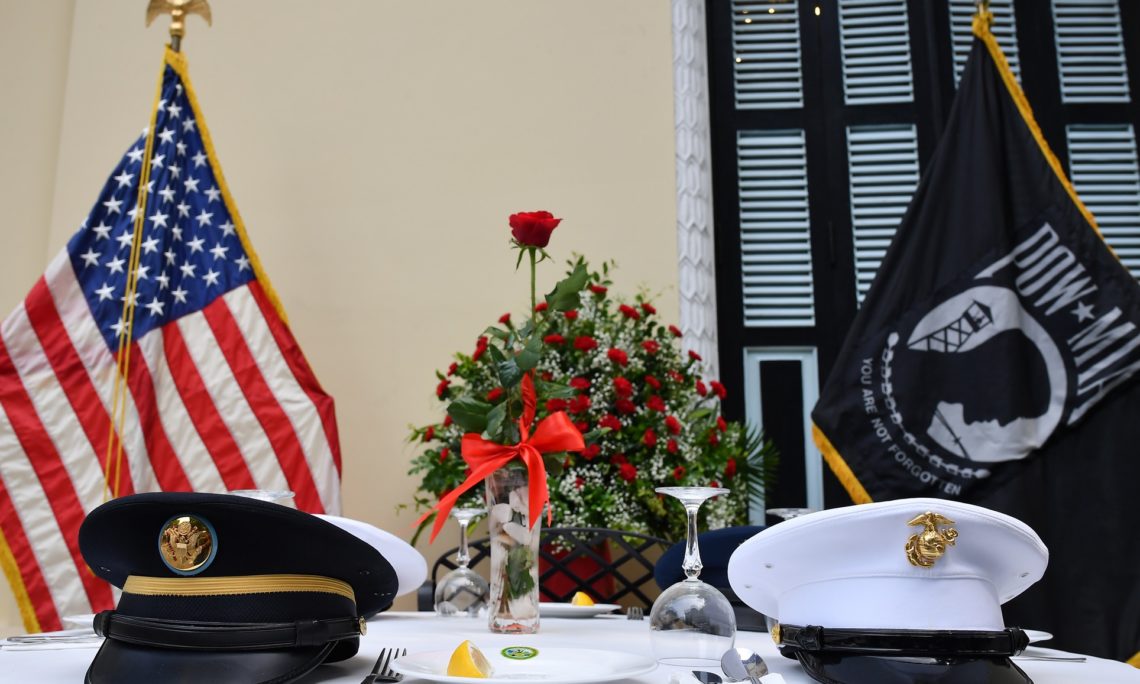 HANOI, September 20, 2019 – On September 20, 2019, representatives of U.S. Embassy Hanoi and Defense POW/MIA Accounting Agency (DPAA) held a ceremony in Hanoi to recognize National POW/MIA Recognition Day in honor of those who were held captive and returned, as well as those who remain missing from past conflicts.

Ambassador Daniel J. Kritenbrink delivered remarks at the ceremony and stated, “During this annual event, Americans pause to reflect on the sacrifices of service members who were held captive and returned, but also those who have yet to return home. The U.S. Government remains firmly committed to the fullest possible accounting for those U.S. personnel who are still missing… and that effort is in full evidence here in Vietnam and around the world.”

The United States and Vietnam started working together on accounting for missing personnel in the 1980s, and the cooperation on this humanitarian work laid the foundation for the normalization of bilateral ties in 1995. For over 30 years, the Governments of the United States and Vietnam have sustained strong cooperation to provide the fullest possible accounting for those Americans still missing from the war in Southeast Asia. At the end of the war, 1,973 U.S. military and civilian personnel were unaccounted for in Vietnam. Since then, the remains of 727 personnel have been identified and returned to their loved ones. The DPAA and Vietnam Office for Seeking Missing Personnel continue their efforts to account for the remaining 1,246 personnel.

Ambassador Kritenbrink further stated, “We are grateful for Vietnam’s partnership in this noble endeavor. …What I have witnessed is the dedication and cooperation between American and Vietnamese teams, partnered in some of the harshest conditions, to return our fallen.”