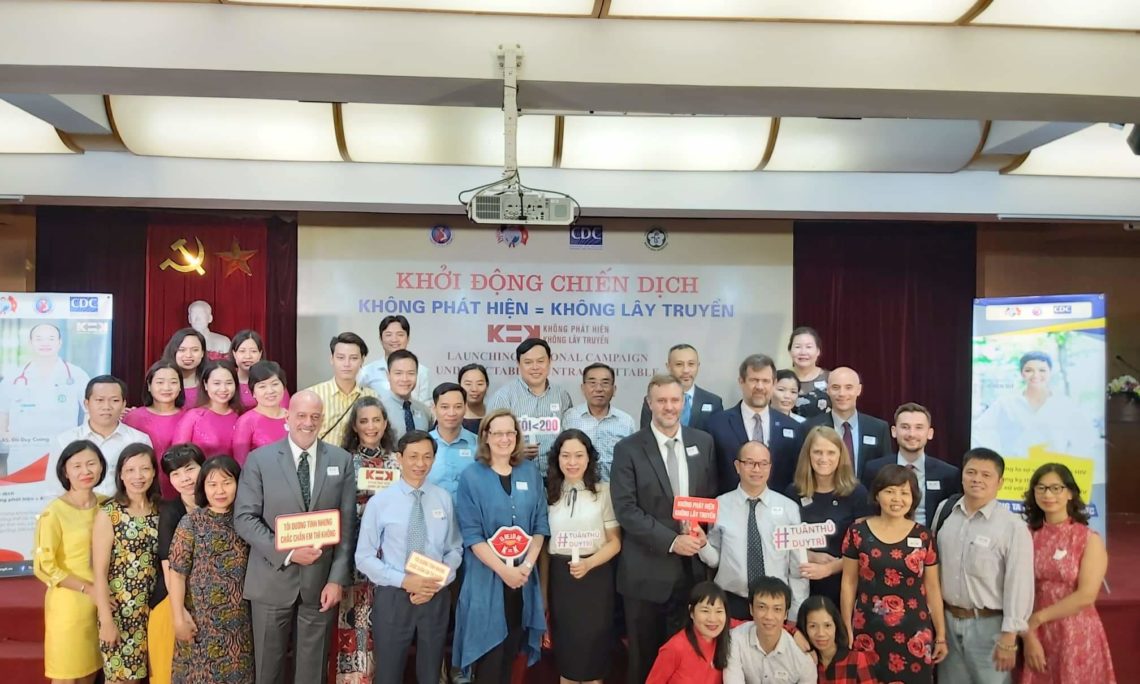 In anticipation of this National K=K Campaign and HIV Action Month in November, VAAC released National Guidelines on implementing the K=K message on September 6, 2019. Vietnam is a global leader of K=K and the first PEPFAR country to release national K=K guidelines. Developed with the technical support of CDC, the K=K guidelines endorse the scientific findings from four major studies that prove that HIV cannot be transmitted sexually when the HIV-positive partner is on continuous effective treatment with an undetectable viral load—meaning the level of HIV virus in the body is so low that it cannot be detected. The guidelines lay out how Vietnam’s provinces can integrate the K=K message in health facilities and for health providers, patients, and affected communities.

The extraordinary K=K findings have mobilized the movement in Vietnam to advocate for access to HIV services and to reduce HIV-related stigma and discrimination in men who have sex with men, transgender, and other key populations most affected by HIV in Vietnam. “K equals K means that HIV stigma should be eradicated and that no barriers to knowing their HIV status should exist for anyone,” U.S. Deputy Chief of Mission McClelland stated in her opening remarks. “K equals K means that we should encourage HIV testing for all at-risk individuals, with the aim of early treatment with antiretroviral medications for those living with HIV, and pre-exposure prophylaxis, or PrEP, for prevention among those who are HIV-negative. In this way, we can stop the transmission of HIV.”

There is special meaning behind holding the national K=K campaign launch at Bach Mai National hospital. Bach Mai just passed the ten-year mark of providing HIV services and is a center of excellence in HIV treatment, with 98.4 percent of HIV patients achieving an undetectable viral load.