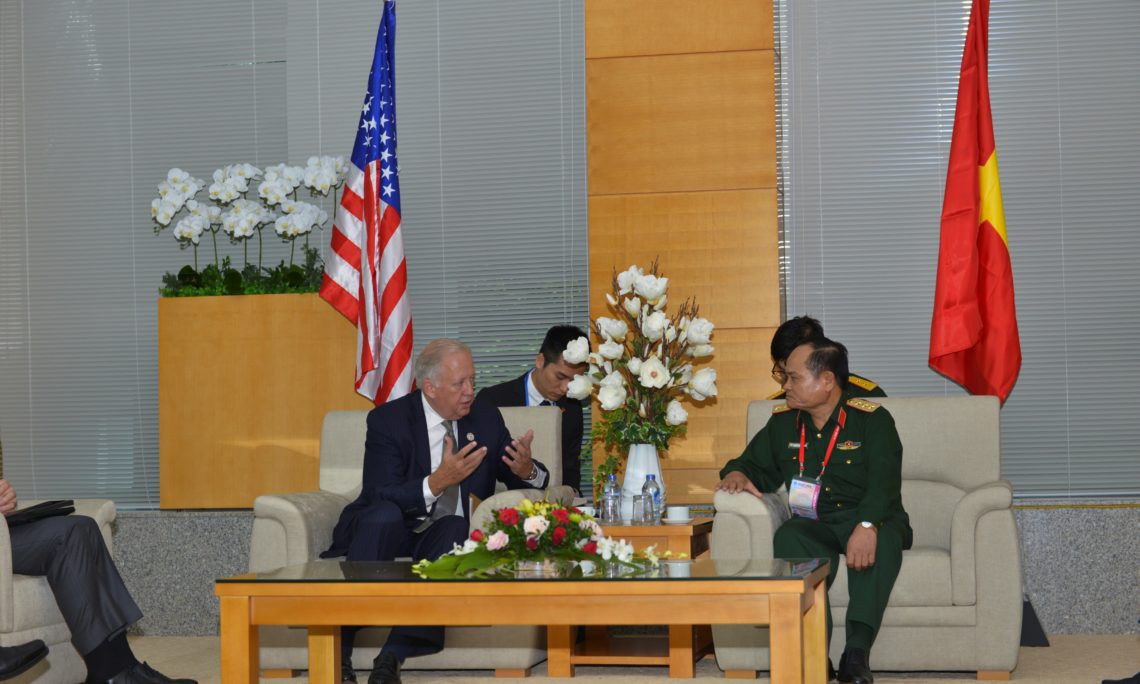 Under Secretary Shannon and Senior Lieutenant General Nam discuss the successful collaboration in Environmental Remediation of Dioxin at Danang Airport.

DANANG, November 10, 2017 – On November 9, Under Secretary of State for Political Affairs Thomas A. Shannon Jr. joined Senior Lieutenant General Nguyen Phuong Nam, Deputy Chief of the General Staff of the People’s Army of Vietnam, in a ceremony marking the successful joint project to remediate dioxin at the Danang Airport.  The U.S. Agency for International Development (USAID) and the Vietnam Ministry of National Defense first launched the project in 2012, which culminated in the treatment of more than 90,000 cubic meters of contaminated material and contained another 60,000 cubic meters of lower risk material.

Under Secretary Shannon stated that the Danang Airport project stands as a symbol of the growing U.S.-Vietnamese partnership and demonstrates how both countries can turn past issues of contention into new areas of cooperation.  The Under Secretary also highlighted that the Danang Airport remediation project has enabled the city of Danang to build an airport extension that will bring new prosperity and growth to the Vietnamese people.

In anticipation of President Donald J. Trump’s visit to Vietnam, Under Secretary Shannon announced that the United States is committed to contribute to joint U.S.-Vietnam dioxin remediation efforts at the Bien Hoa Airbase.  A 2016 U.S.-Vietnam joint environmental assessment found that the volume of dioxin contamination at Bien Hoa Airbase makes it the largest dioxin hot spot in Vietnam, highlighting the significance of this next area of cooperation.

As the United States and Vietnam close the door on a painful wartime legacy and open the door into a new era of partnership, Under Secretary Shannon and Lieutenant General Nam said that the U.S. and Vietnamese people would cross the threshold together into a shared future of prosperity and peace.