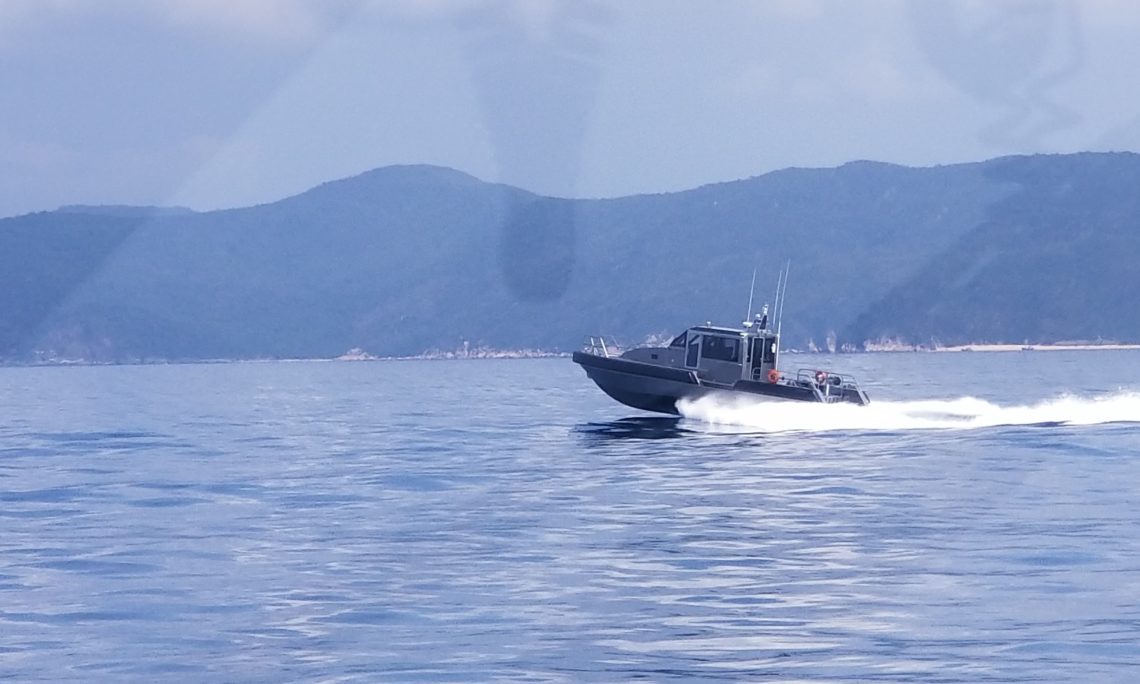 This transfer includes six brand-new fast-response Metal Shark boats–capable of reaching up to 35 knots–along with trailers and spare parts estimated to be worth approximately $12 ‎million USD.

“This official transfer at Region III Station at Van Phong Bay, the most central territory of Vietnam, is another milestone and evidence of the continued friendship between the U.S. and Vietnam,” said Colonel Nguyen Minh Khanh, Vice Commander, VCG Region III.

“Coast Guard Region III is unequivocally Vietnam’s most strategic region and arguably, its most important, proven by the high skill level of this group of boat drivers, handlers, and engineers. The Metal Shark trainers have called this group of graduating students ‘honor graduates’ because of their exceptional skill level and willingness to problem solve,” said LCDR Kristen Byers at the handover ceremony.

Delivering these patrol vessels represents deepening U.S.-Vietnam cooperation in the areas of maritime law enforcement, maritime search and rescue, and maritime humanitarian assistance operations within Vietnam’s territorial waters and exclusive economic zone. These patrols boats will assist VCG Region III in costal patrols and law enforcement to combat smuggling, illicit trafficking, piracy and armed robbery against ships, and illegal fishing. Over the past two weeks, the Vietnam Coast Guard has demonstrated their ability to operate the Metal Shark boats with proficiency and have proven they are ready for more advanced Metal Shark training.

Senior Captain Lam Van Nguyen, a student in the class, gave remarks at the handover ceremony and said, “The Metal Shark boats have excellent water jets that are flexible and very easy to maneuver in Vietnamese waters–perfect for maritime law enforcement. The Metal Shark boat classroom and practical exercises at sea were very useful.”

The U.S. Embassy, through its Office of Defense Cooperation, coordinates U.S.-Vietnam security cooperation activities on behalf of the U.S. Indo-Pacific Command to advance common defense goals and interests. This cooperation, as agreed upon in the September 2011 Memorandum of Understanding on defense cooperation, includes security assistance and educational exchanges between the U.S. and Vietnamese militaries.