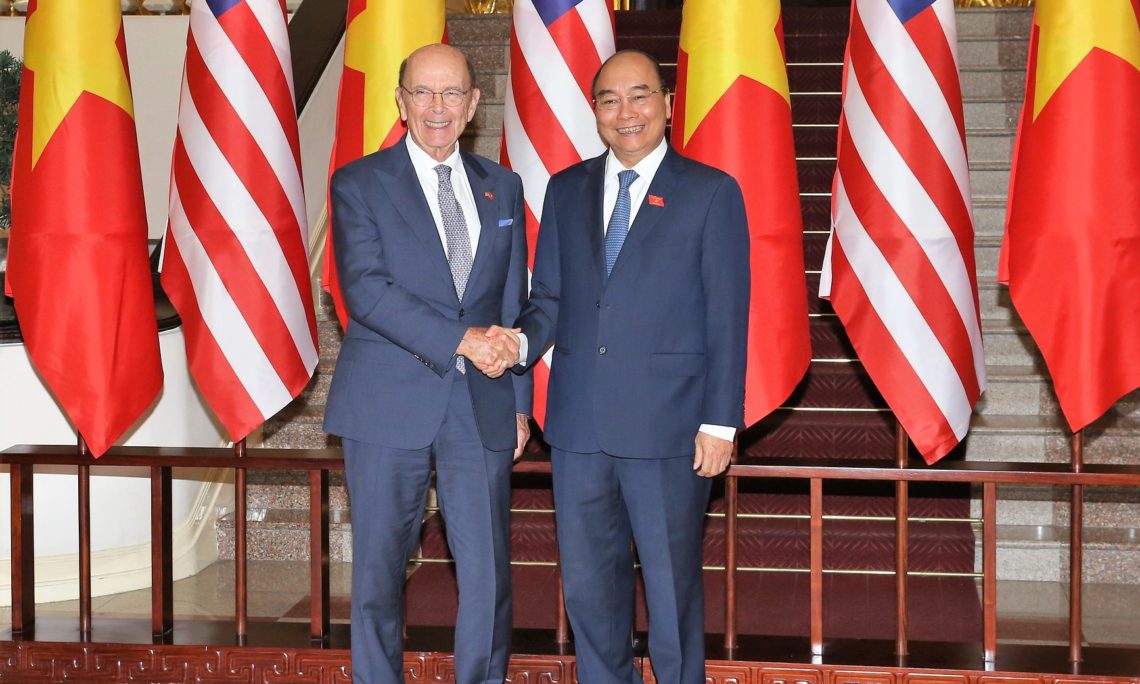 Hanoi, November 8, 2019 – On November 7, U.S. Ambassador to Vietnam Daniel J. Kritenbrink welcomed Secretary of Commerce Wilbur Ross and a delegation of senior U.S. government officials and executives from 17 leading U.S. companies to Hanoi. This visit is part of a larger trade mission to the Indo-Pacific region with stops in Bangkok, Thailand and Jakarta, Indonesia.

While in Hanoi, the Secretary and business delegates met with Prime Minister Nguyen Xuan Phuc, Minister of Industry and Trade Tran Tuan Anh, the American Chamber of Commerce, and other Vietnam public and private sector stakeholders to discuss U.S.-Vietnam trade and investment cooperation in the energy, healthcare, transportation, and smart cities sectors.

During a luncheon co-hosted by the Vietnam Chamber of Commerce and Industry (VCCI) and BRG Group, the Secretary commented “…as we mark 25 years of trade relations between the United States and Vietnam, I am glad to see business leaders here working towards greater business-to-business ties between our nations. I am joined by a delegation of U.S. companies that are also looking to grow this important relationship.”

The Trump Administration remains committed to a free and open Indo-Pacific in which all nations are sovereign, strong, and prosperous. So too, this mission reflects the Secretary’s strong commitment to catalyze United States private sector support of market-driven and sustainable infrastructure development.

Photos from the trip will be updated after 19.30 at this link.