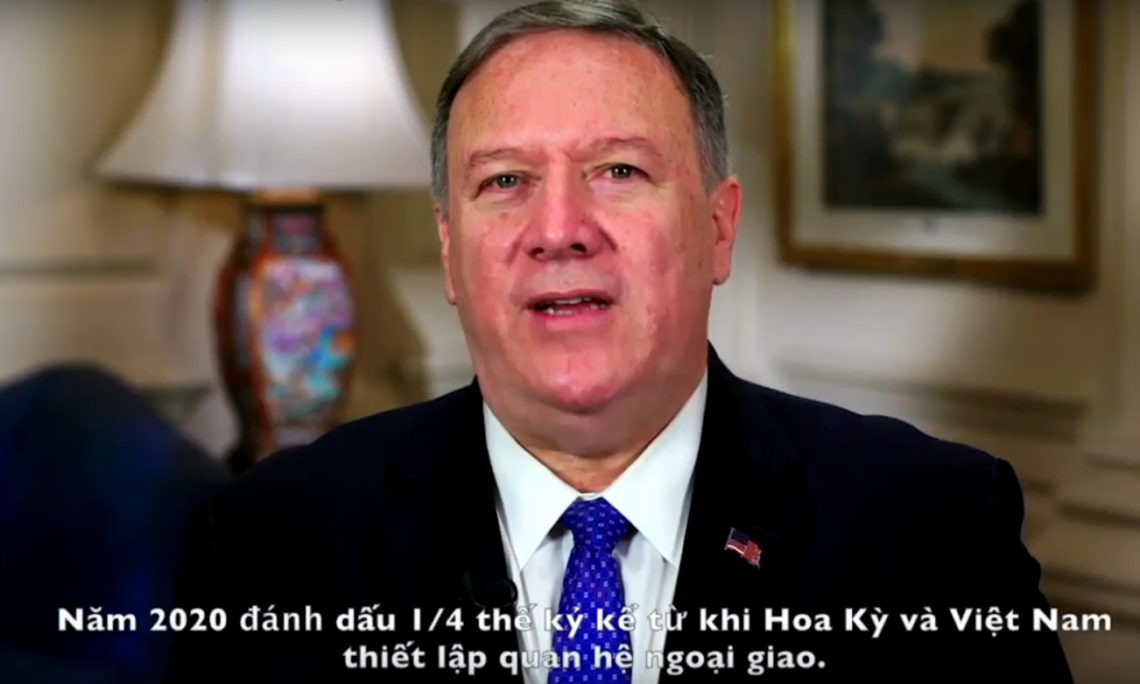 In 2020, we mark a quarter century since the United States and Vietnam established diplomatic relations.

It was a historic step—one that first required us to face the dark legacy of war between our two nations. I, like so many in both our countries, remember living through that era of conflict as a young boy.

We began our work to overcome the devastation of war in the 1980’s, when we worked together to repatriate remains of American soldiers in Vietnam. This led to better ties and the formal re-establishment of our relationship in 1995. Since then, we’ve built a friendship on common interests, mutual respect, and bold resolve to overcome the past and look toward the future.

As part of this, the United States has been proud to contribute to Vietnam’s extraordinary economic renaissance.

In the past two decades, our bilateral trade has grown an incredible 7,000 percent. Vietnam is now one of the fastest growing economies in South East Asia, lifting millions out of poverty. Roughly 60% of Vietnamese were in poverty in the early 1990s. Today, less than 10% are.

American companies are helping by pouring billions of dollars in investment into the country.
I saw this firsthand when I visited Vietnam and heard from American and Vietnamese business leaders. They are talking often about all the cooperation taking place.

The United States and Vietnam have also expanded our people-to-people ties, including in the field of education. Nearly 30,000 young Vietnamese citizens are currently studying at universities in the United States. They contribute to academic excellence on our campuses, and they will return to Vietnam with world-class educations.

You know, in the past, we were opponents on the battlefield. But today, our security relationship is all about cooperation.

Under President Trump, the USS Carl Vinson visited Da Nang, the first U.S. aircraft carrier to visit the country since the end of the War. And, following the lifting of the U.S. arms embargo just three years ago, our two militaries are looking at ways to increase our security cooperation even further.

Look, there are still challenges in our relationship, the fact that we can have honest discussions when we disagree is confirmation of our potential as partners.

In the coming years, the United States and Vietnam must stay focused on the future, building our cooperation in areas from cybersecurity to education to energy to defense.

As we celebrate 25 years – a quarter century – of partnership in 2020, let us renew our commitment to a strong and independent Vietnam and a peaceful and prosperous Indo-Pacific region.