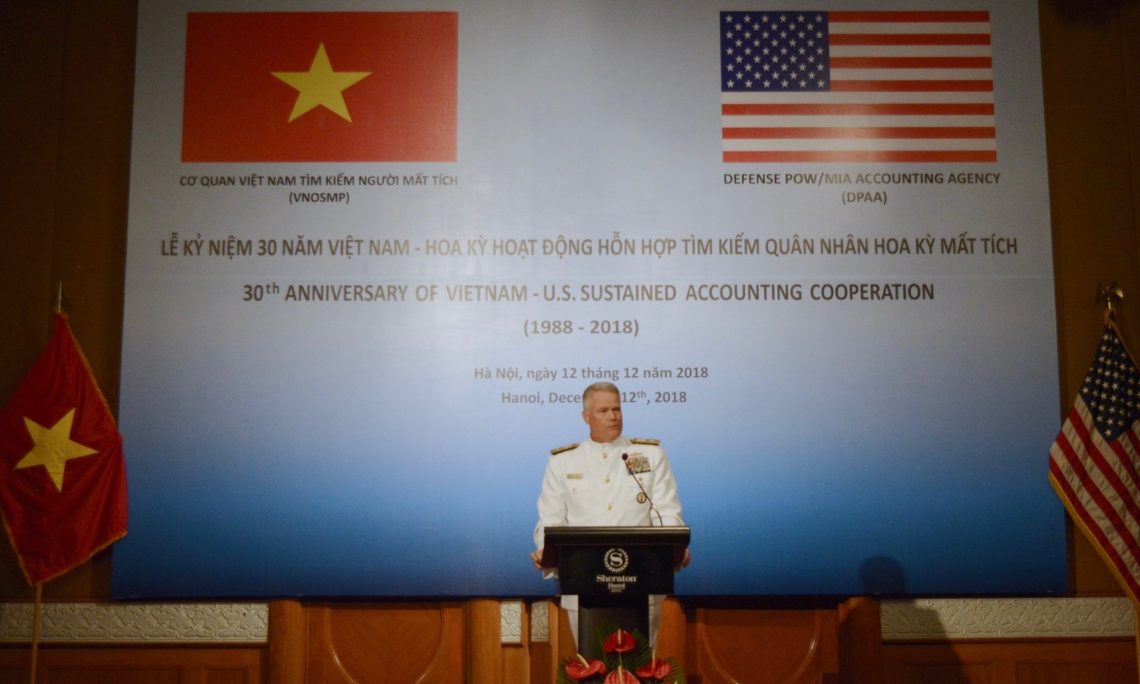 The Vietnam Office for Seeking Missing Personnel was formed shortly after the signing of the Paris Peace Accords in 1973, and tasked to recover and return the remains of missing U.S. service personnel.  In 1988, the Government of Vietnam allowed a team of U.S. recovery specialists to participate in the first numbered search and recovery activity.  U.S. and Vietnamese investigation, recovery and scientific personnel have since participated in 133 Joint Field Activities with one of those missions cancelled due to severe flooding in the central region of Vietnam, and the other cancelled because of the tragic helicopter crash in which 16 U.S. and Vietnamese team members and helicopter crew perished.

At the end of the war, 1,973 U.S. military and civilian personnel were unaccounted for in Vietnam.  Since then, the remains of 726 personnel have been identified and returned to their loved ones. The two agencies continue their pursuit to account for the remaining 1,247 personnel.