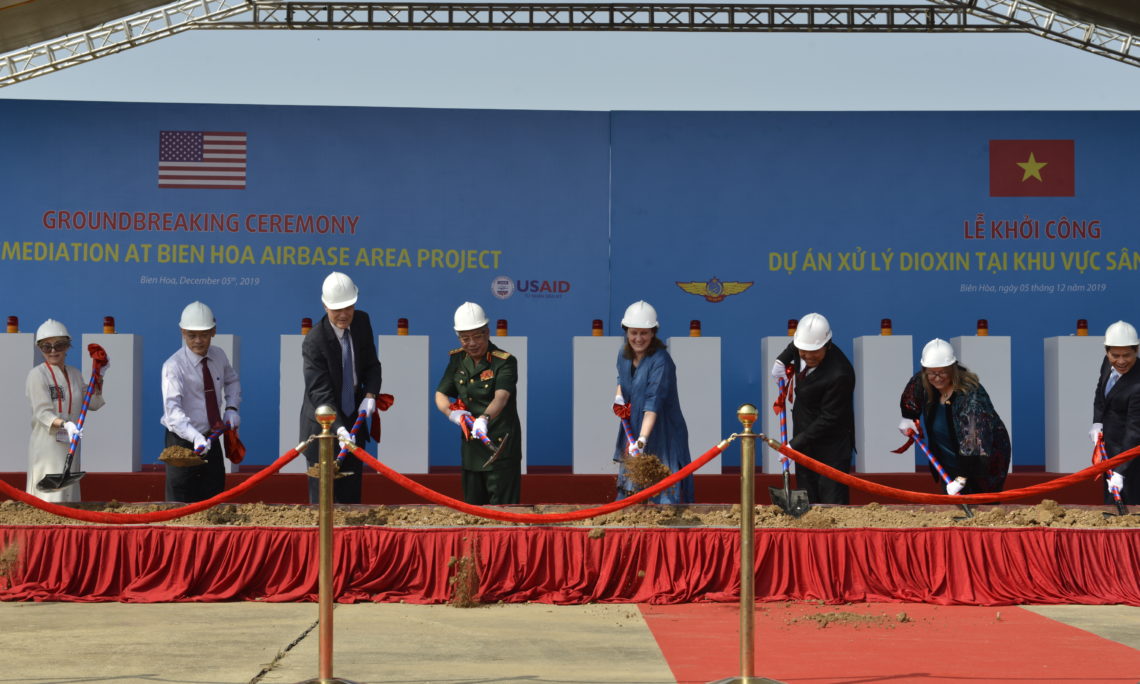 Speaking at the ceremony, Chargé d’Affaires McClelland stated: “Not only will we work to reduce risk and ensure the safety of surrounding communities, we will again demonstrate to the world the incredible example of the United States-Vietnam relationship, where former foes chose to partner, overcome the past, and pave the way toward a future of friendship and mutual prosperity.”

ADAFC has handed over 37 hectares of the western portion of the airbase (known as Pacer Ivy) to USAID to begin ground operations for the Dioxin Remediation at Bien Hoa Airbase Project. USAID-supported work crews have built roads, constructed gates and offices, and initiated land clearance and survey activities. The objective is to first eliminate the risk of further dioxin migration off base, working with Dong Nai authorities to clean areas off base, and then to treat and contain contaminated soils. The United States government has committed $300 million to restoring the airbase and surrounding areas, which will take 10 years to complete.

Today, USAID also signed an agreement with NACCET to provide $65 million towards implementing activities that provide direct services to persons with severe disabilities in eight priority provinces over the next five years. Specifically, USAID plans to work with the Government of Vietnam to strengthen Vietnam’s rehabilitation system and community support networks to ensure that all persons with disabilities have the opportunity to fully participate in society while improving their overall quality of life.