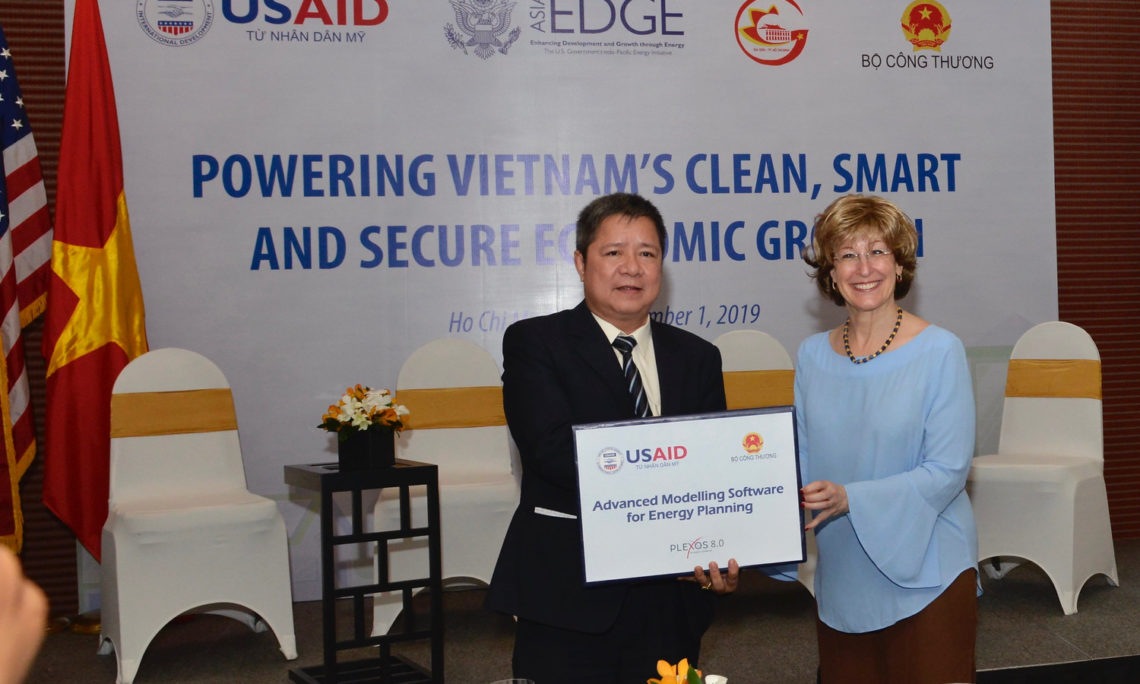 Energy demand in Vietnam is currently increasing by 10 percent annually, making it critical for the country to use modern, clean energy technologies to sustain its impressive economic growth and protect human health and the environment.

Since 2017, USAID and MOIT have worked together to modernize national energy policies including introduction of a Direct Power Purchase Agreement (DPPA) mechanism and expanding renewable energy and natural gas utilization under the eighth Power Development Plan (PDP8).

At the event, business leaders also expressed their desire to work with USAID and the Vietnamese government to generate increased private sector investment in the energy sector and assist the country to meet its energy security goals.

To view photos of the event, visit: https://flic.kr/s/aHsmJ1TPuQ

USAID Deputy Administrator Bonnie Glick is traveling to Vietnam, Thailand, Bangladesh, and Indonesia from October 29 to November 12, 2019. In Vietnam, the Deputy Administrator is meeting with government representatives, non-governmental organization representatives, and private sector partners. In Hanoi and Ho Chi Minh City, she is participating in meetings and events highlighting recent benchmarks in the transition of the national HIV response to domestic financing, joint USAID-Ministry of National Defense progress achieved toward overcoming the legacy of Agent Orange in Vietnam, and new aspects of USAID’s trade facilitation and energy security support. She will also meet with students and faculty at the U.S. Government-funded Fulbright University Vietnam, the country’s first fully independent, non-profit university which welcomed its first undergraduate class this fall.