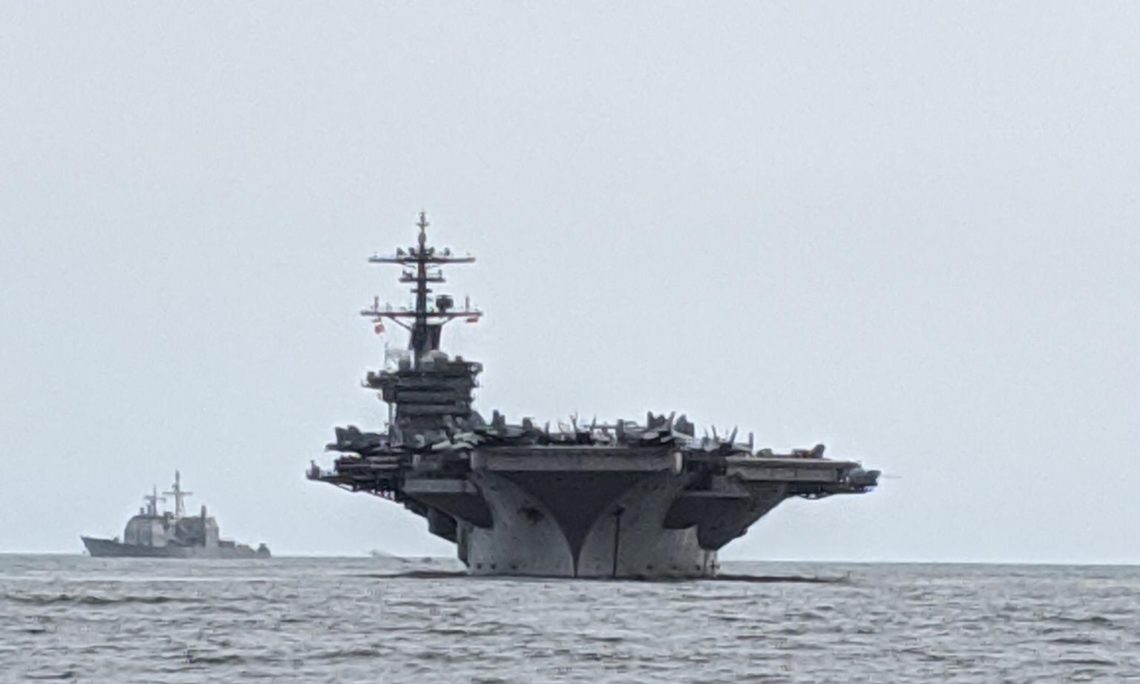 “This visit follows on the historic 2018 visit of USS Carl Vinson (CVN 70), the first U.S. aircraft carrier to visit Vietnam in more than 40 years,” said U.S. Ambassador to Vietnam Daniel Kritenbrink. “It also comes at an important time in our bilateral relationship. Just 25 years after the normalization of our diplomatic ties, our relationship is the strongest it has ever been.”

“This visit demonstrates the strength of our bilateral relations and highlights our continued cooperation with partner countries and our strong support for the region, including institutions such as the Association of Southeast Asian Nations (ASEAN), of which Vietnam is this year’s chair,” said Baker. “It also serves as evidence of the U.S. commitment to a free and open Indo-Pacific where strong, independent nations respect one another’s sovereignty, and uphold the rule of law.”

Sailors will participate in cultural and professional exchanges, community service projects, sports competitions, and receptions during the port visit.

“This visit will not only serve to strengthen our bilateral defense relationship, but also help further advance our cultural and professional ties,” said Capt. Brett Crozier, Theodore Roosevelt’s commanding officer. “We are honored to take part in this important port visit and to receive such a warm welcome.”

Theodore Roosevelt is America’s fourth Nimitz-class aircraft carrier with a crew of 5,000 Sailors who support and conduct air operations at sea. The strike group is comprised of a total of 6,500 Sailors, an aircraft carrier, an air wing, a cruiser, and six destroyers.