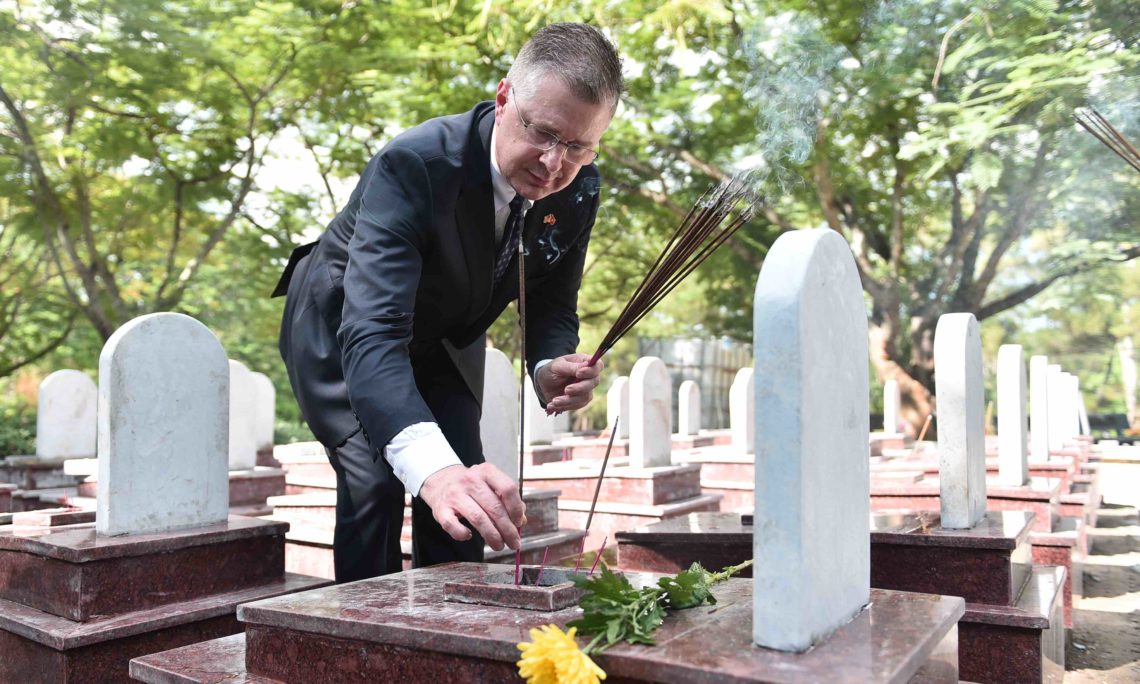 In his meeting with the Chairman of Quang Tri, Ambassador Kritenbrink congratulated Chairman Chính and his colleagues on the province’s accomplishments on removing UXO and its leading model for mine action in Vietnam and the region. The partnerships between Quang Tri’s provincial government, international organizations, and U.S.-funded NGOs have set the standard of best practices in UXO decontamination. Further, the recent addition of military liaisons working directly with NGOs is setting a standard for harmonizing civilian and military demining, while building up the long-term capacity of the government to decontaminate any new UXO discoveries.

Ambassador Kritenbrink stated, “Within Quang Tri province, the U.S. Embassy deeply appreciates our close cooperation with the provincial government and NGOs to address war legacies. We are so grateful for these vital partnerships in our shared efforts to make the province impact-free by 2025.”

Together the U.S.-funded UXO teams have cleared nearly 160 million square meters in Vietnam since the beginning of operations in 1995, and disposed of over 700,000 UXO devices and other explosive remnants of war.

While the United States and Vietnam continue to address the legacies of the past, today, the two countries have a true partnership and friendship grounded in mutual respect and a shared commitment to the peace and prosperity for our people.

“As the Ambassador to Vietnam, I’m grateful that my job enables me to visit provinces, cities, and towns throughout Vietnam, meeting with wonderful people doing amazing work to build bridges between our two countries,” said Ambassador Kritenbrink.