Home Trang chủ | News & Events | U.S. and Vietnam Work to Save the Pangolin 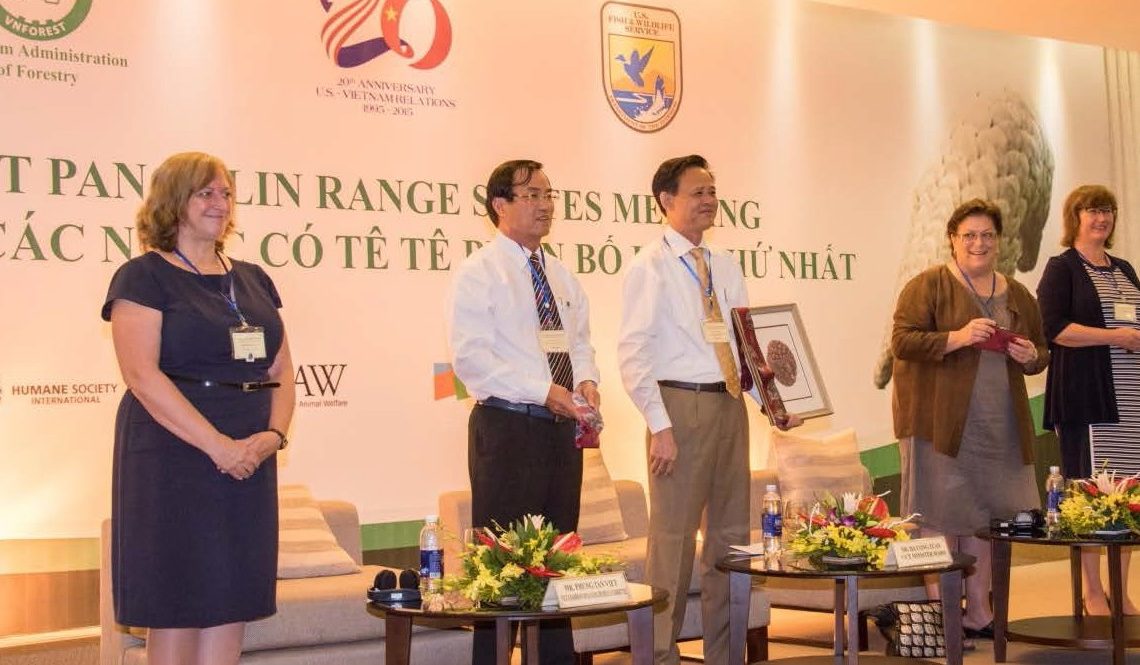 Delegates from thirty-two African and Asian countries gathered in Da Nang to develop a unified conservation action plan to protect pangolins, said to be the most trafficked mammals in the world.  The First Pangolin Range States Meeting is being co-hosted by the governments of Vietnam and the United States.

Governmental wildlife and enforcement agencies, non-governmental organizations, and pangolin experts met to present and discuss the latest pangolin population and international trade information in response to calls for information and action. They also worked to develop an action plan that will address conservation, management and enforcement issues to protect pangolins against over-exploitation, resulting from trafficking and unsustainable legal trade.

The workshop, conceptualized by Vietnam, was funded by a grant from the U.S. Fish and Wildlife Service, with additional monetary and in-kind support provided by Humane Society International, International Fund for Animal Welfare, Natural Resources Defense Council, and Freeland.

“Today’s conference exemplifies how our deepening relationship not only benefits our two countries, but the world community at large, as we work together to tackle the most pressing transnational issues of our day”, said Claire Pierangelo, Deputy Chief of Mission at the U.S. Embassy in Hanoi.

Pangolins, or scaly anteaters, are small to medium-sized, nocturnal, ant and termite-eating mammals found in Asia and sub-Saharan Africa whose bodies are covered with scales made of keratin. They are threatened by unsustainable and illegal international and domestic trade of their scales, which are used in traditional Asian medicine, and their meat, which is considered a luxury food in many cultures. Experts estimate that more than one million pangolins have been traded illegally in the past decade, making them the world’s most trafficked mammals.

Commercial international trade in Asian pangolins is technically banned under the United Nations Convention on the International Trade in Endangered Species of Wild Fauna and Flora (CITES) and many countries have laws that prohibit capture and domestic trade in pangolins.