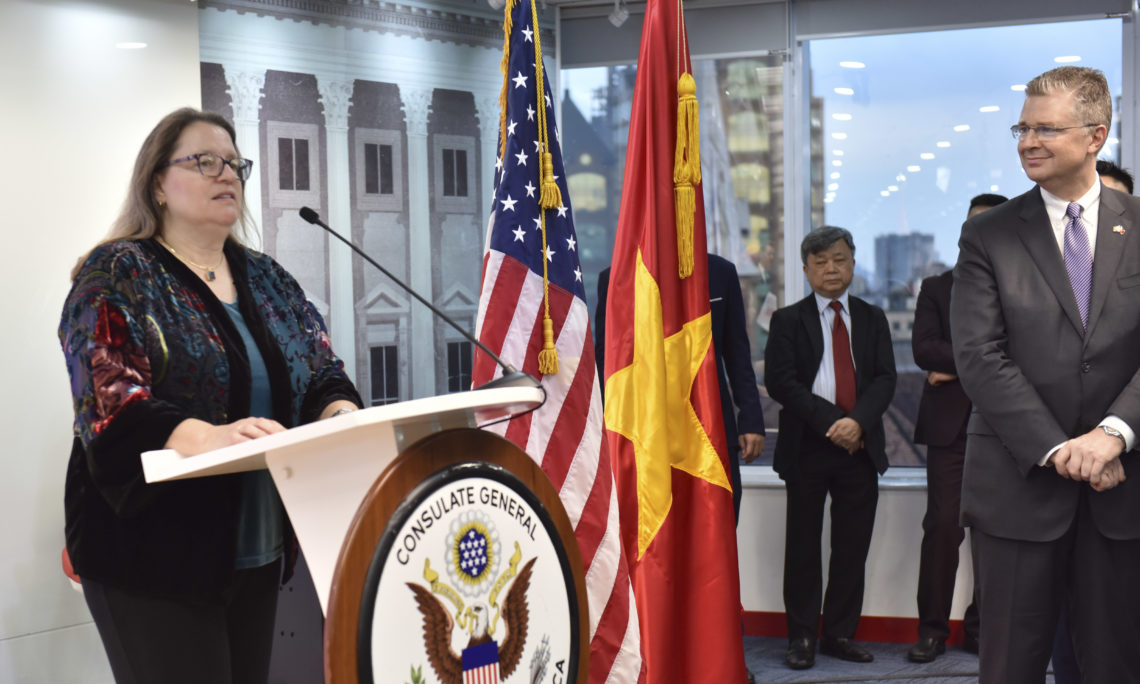 “The remarkable things we have accomplished over the past twenty years wouldn’t have been possible without remarkable people from both countries.  I’m incredibly grateful for the hard work of colleagues who came before us, both American and Vietnamese,” said Consul General Marie Damour.  She pointed to the Consulate’s American Center where the event took place as “a symbol of the partnership between the United States and the Socialist Republic of Vietnam – a new, modern partnership, rooted in the past but looking optimistically towards the future.”

The Consulate’s September 7, 1999 opening marked an important step forward in the U.S.-Vietnamese bilateral relationship following the two countries’ normalization of diplomatic relations in 1995.

“Today we’re celebrating the 20th anniversary of the U.S. Consulate General in Ho Chi Minh City, and next year marks the 25th anniversary of the normalization of relations between the United States and Vietnam,” said Ambassador Kritenbrink.  “During this time, we have become partners and friends in every sense of the word, working together on security, business, economic, people-to-people, health, environment, and energy ties.”