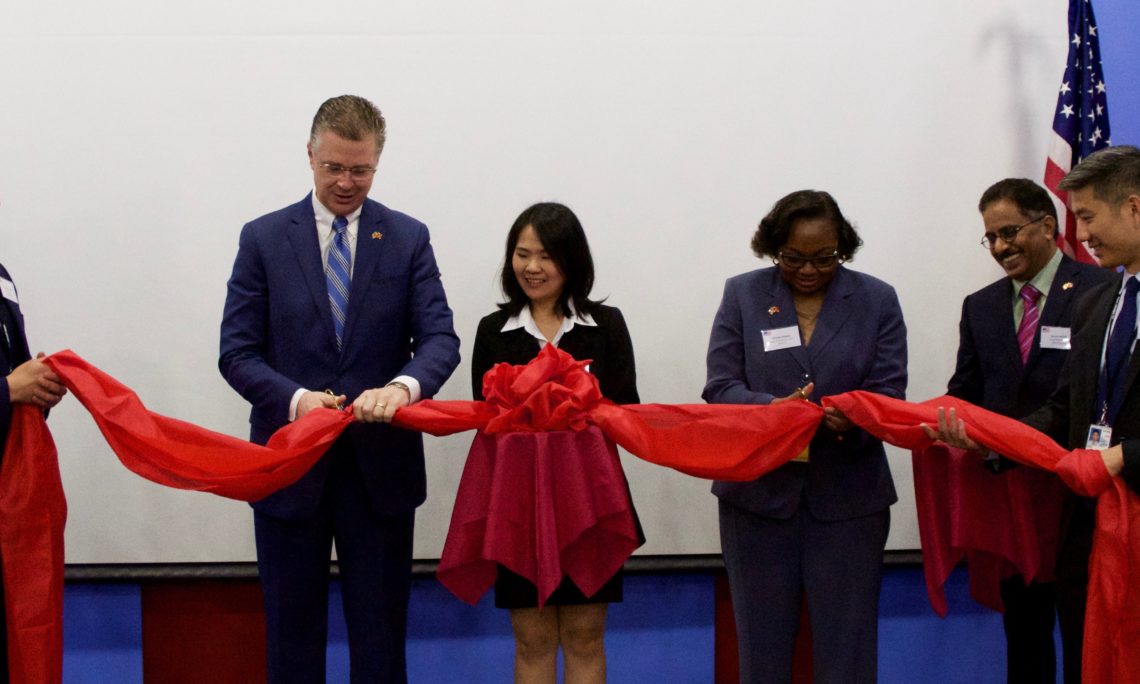 HANOI, February 6, 2018  – On Monday, the U.S. Embassy in Hanoi celebrated the opening of the new United States Department of Agriculture’s (USDA) Animal and Plant Health Inspection Service (APHIS) office in Vietnam. APHIS Deputy Administrator Ms. Cheryle Blakely, U.S. Ambassador Daniel Kritenbrink, and Vice Minister of Agriculture and Rural Development Tran Thanh Nam formally opened the office at a ceremony alongside guests from the agricultural industry, the Vietnamese Ministry of Agriculture and Rural Development, and USDA representatives from the region and Washington, D.C.

“The opening of the APHIS office in Vietnam is the latest example of our continuing efforts to strengthen the trade relationship between both countries, and to create stronger ties between our governments and peoples,” noted Ambassador Kritenbrink during the ceremony.

Growing agricultural trade between the United States and Vietnam has created a vital role for APHIS, namely ensuring that new trade opportunities are realized and that existing trade between the two economies flows smoothly. The APHIS Hanoi office maintains technical working relationships with Vietnamese counterparts to resolve Sanitary and Phytosanitary (SPS) issues whenever they arise. This relationship contributes to maintaining the success of agricultural trade-related commercial activities between the two economies, helping ensure they thrive. Also, the regulatory mission of APHIS allows for a flow of agricultural trade that meets international animal and plant health standards. This aspect of APHIS’ mission has helped Vietnam export several varieties of fruit, including Star Apples, which are now available to the American public.

The Animal and Plant Health Inspection Service is a multifaceted Agency with a broad mission area that includes protecting and promoting U.S. agricultural health, regulating genetically engineered organisms, administering the Animal Welfare Act and carrying out wildlife damage management activities. These efforts support the overall mission of USDA, which is to protect and promote food, agriculture, and natural resources.