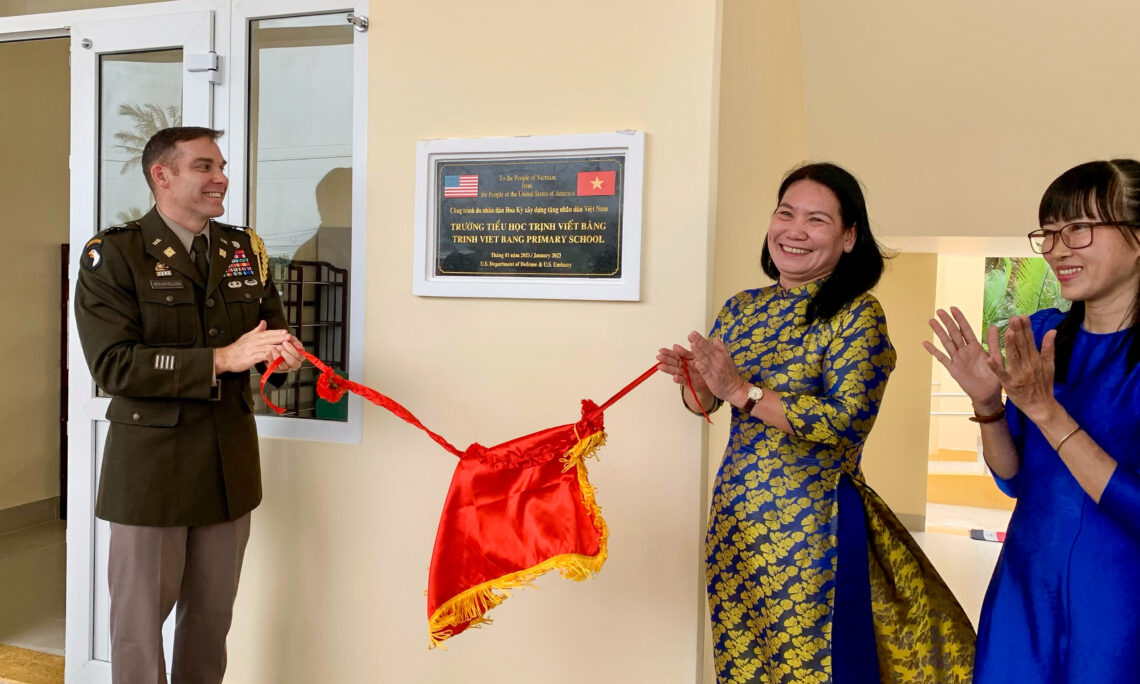 At the transfer ceremony, U.S. Defense Attaché Colonel TJ Bouchillon stated this “project reflects our commitment to a strong, prosperous, resilient, and independent Vietnam, and a free and open Indo-Pacific region. It underscores the common belief that a successful future lies with preparing the next generation to successfully tackle challenges they will face – whether local, national, or global.”

Speaking at the ceremony, Vice Chairwoman of Ben Tre Provincial People’s Committee Nguyen Thi Be Muoi acknowledged the support of the U.S. Mission in Vietnam and the U.S. Indo-Pacific Command. “This valuable assistance improves primary education facilities in Binh Dai district’s Dinh Trung commune and helps send children to school which is a part of our local development strategy,” she said.

The U.S. Mission to Vietnam and U.S. Indo-Pacific Command are proud to transfer the Trinh Viet Bang Primary School to the people of Ben Tre. This project is a strong example of the continued cooperation between the United States and Vietnam since normalizing diplomatic relations.

In 2023, as we mark the 10-year anniversary of the Comprehensive Partnership between the United States and Vietnam, we also reflect on how much we have accomplished together during that time. We look forward to elevating our relationship to deepen engagement even further towards our common goals.