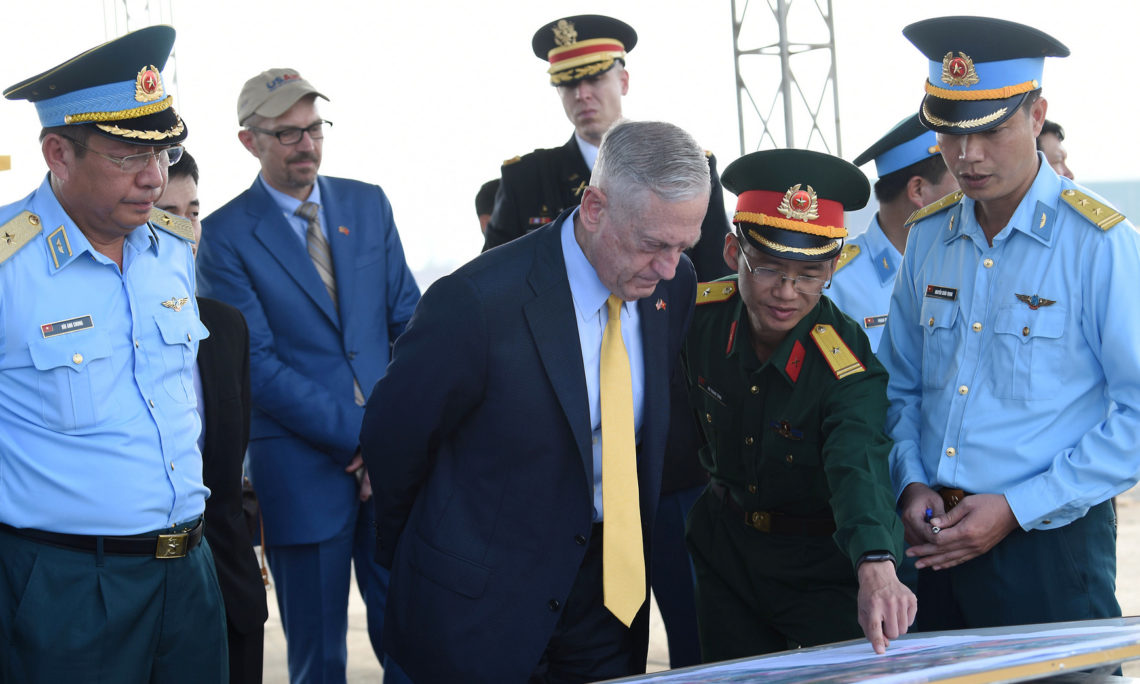 HANOI, October 17, 2018 – U.S. Secretary of Defense James Mattis made his second visit of the year to Vietnam and his first visit to Ho Chi Minh City October 16-17. Secretary Mattis’ visit highlighted the significant growth in the comprehensive partnership between the United States and Vietnam by visiting the Bien Hoa Airbase, situated 30 kilometers outside of Ho Chi Minh City, to reaffirm the U.S. commitment to contribute to dioxin remediation – another significant step in addressing legacies of war.

U.S. Ambassador to Vietnam Daniel Kritenbrink accompanied Secretary Mattis throughout his visit.  “Secretary Mattis’ visit demonstrates continued U.S. support for a strong, prosperous, and independent Vietnam that contributes to international security. It also shows our commitment to addressing war legacies, which serves as the bedrock of the U.S.-Vietnam bilateral defense partnership,” Ambassador Kritenbrink said. “I strongly believe that as we continue to address these legacies, we can expand our work together for the mutual benefit of both our peoples and the world.”