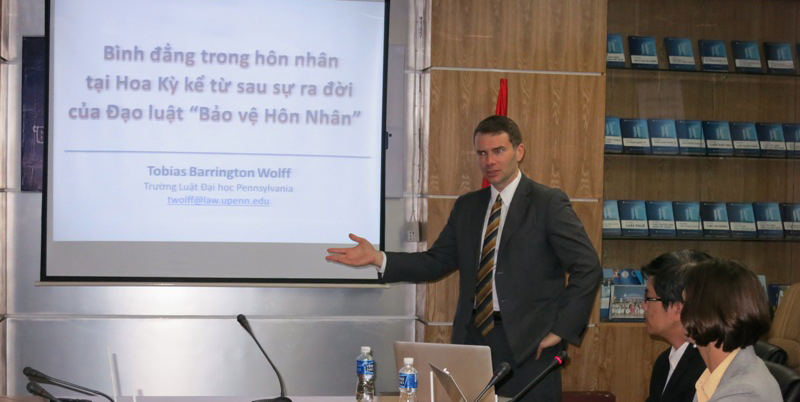 Professor Wolff stressed the role of strong rule of law, political participation and the rights of the individual in U.S. society. While a strong rule of law can prevent abuses of power and assure equality to all citizens, their active participation strengthens their legal safety and social dignity. As Professor Wolff explained, this was illustrated in the U.S. process of striking down the “Defense of Marriage” Act (DOMA), which ultimately paved the way for marriage equality for LGBT Americans. Professor Wolff was interviewed on LGBT issues by Vietnam’s two major dailies, Thanh Nien Newspaper and Tuoi Tre Newspaper. This was the first time LGBT issues have been presented in Vietnam by a U.S speaker, and comes at a time when Vietnam is considering similar issues in its domestic law, which allowed for rich debate.