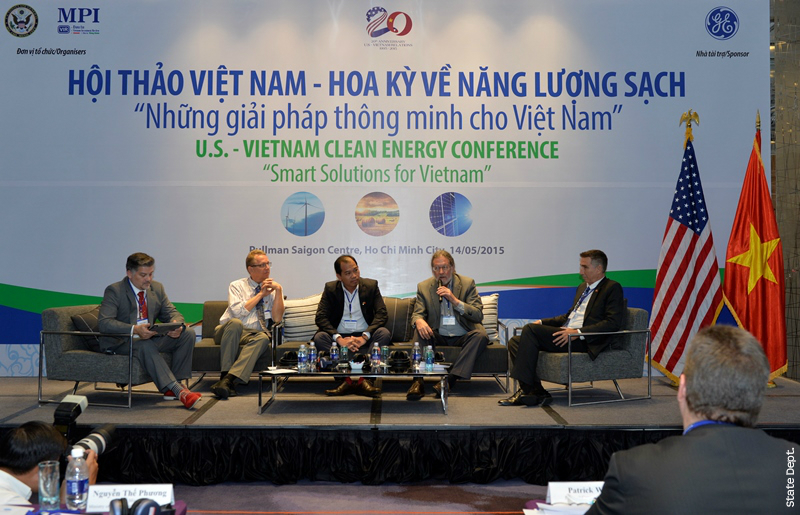 A panel discussion at the U.S.-Vietnam Clean Energy Conference

“The United States and Vietnam have developed an extensive and growing partnership in recent years to bring clean, renewable energy to the market to meet Vietnam’s growing demand for sustainable power,” said Mr. Wall.

As the primary sponsor for the event, GE also shared their innovative technologies and solutions for wind power as well as distributed power, including biomass and waste-to-energy. At a grant signing ceremony earlier in the year, USTDA provided funding of nearly US$ 1 million for a feasibility study for phase three of the Bac Lieu wind farm project in the Mekong Delta for which GE has sold to date 62 advanced wind turbines. GE also sold 14 turbines in Phase I of the Tay Nguyen wind farm project, located in Dak Lak province.

“This conference is the latest example of the growing cooperation between our two countries in the area of clean energy development,” added Patrick Wall.