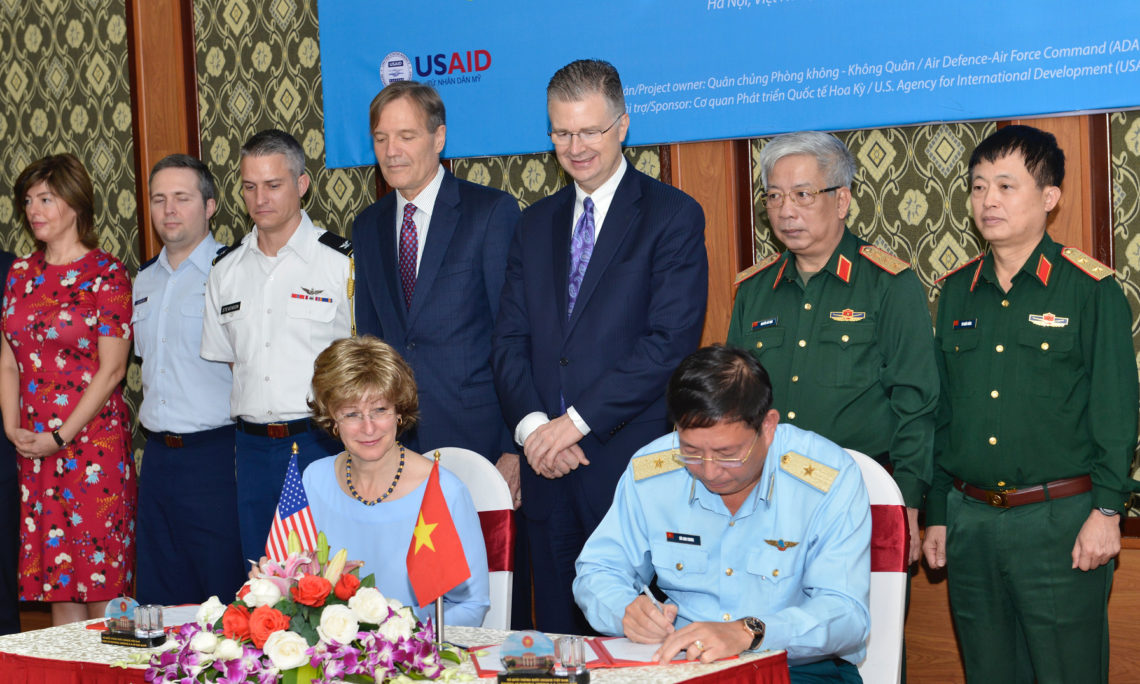 At the ceremony, Deputy Administrator Glick highlighted the importance of U.S.-Vietnam efforts at Bien Hoa to deepen our Comprehensive Partnership by addressing legacies of war.

The Bien Hoa Airbase, the primary Agent Orange storage and handling site during the U.S.-Vietnam War, is the largest remaining hotspot of dioxin contamination in Vietnam. In 2016, USAID, in partnership with the Government of Vietnam, completed an assessment of dioxin contamination at the airbase. The assessment identified almost 500,000 cubic meters of dioxin contaminated soil and sediment in need of remediation – almost four times the volume that was remediated at Danang Airport. Last year, USAID signed an agreement with ADAFC for a $183 million USAID contribution for the first initial five years of remediation work at the Bien Hoa Air Base area and the project was officially approved and launched in April 2019. USAID estimates overall remediation efforts will be completed over a ten-year period.

As an important pillar of the U.S.-Vietnam Comprehensive Partnership, the United States and Vietnam continue to cooperate on the humanitarian mission of accounting for personnel still missing from the war, and resolve wartime legacy issues including the removal of unexploded ordnance, support for persons with disabilities, and the remediation of dioxin – including the November 2018 completion of the six-year, $110 million Environmental Remediation of Dioxin Contamination at Danang Airport Project.

To view photos of the event, visit: https://flic.kr/s/aHsmHZqLYb.

USAID Deputy Administrator Bonnie Glick is traveling to Vietnam, Thailand, Bangladesh, and Indonesia from October 29 to November 12, 2019. In Vietnam, the Deputy Administrator is meeting with government representatives, non-governmental organization representatives, and private sector partners. In Hanoi and Ho Chi Minh City, she is participating in meetings and events highlighting recent benchmarks in the transition of the national HIV response to domestic financing, joint USAID-Ministry of National Defense progress achieved toward overcoming the legacy of Agent Orange in Vietnam, and new aspects of USAID’s trade facilitation and energy security support. She will also meet with students and faculty at the U.S. Government-funded Fulbright University Vietnam, the country’s first fully independent, non-profit university which welcomed its first undergraduate class this fall.