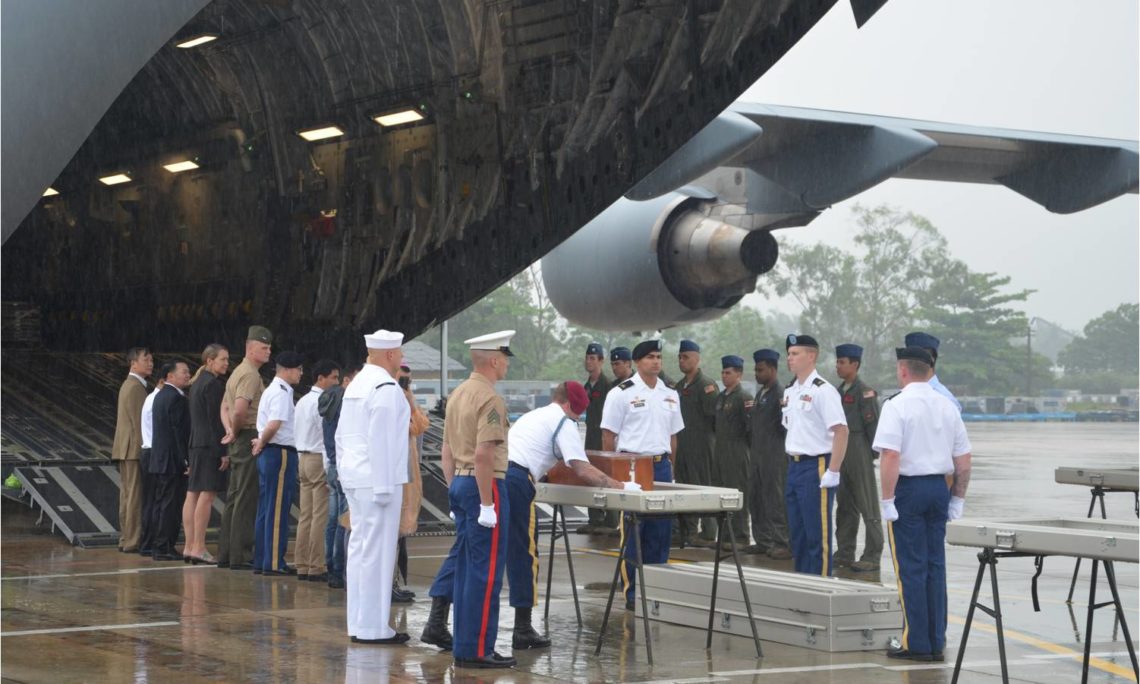 Da Nang, April 2, 2016 – The U.S. Defense POW/MIA Accounting Agency (DPAA), in collaboration with the Vietnam Office for Seeking Missing Persons (VNOSMP), today held its 140th Repatriation Ceremony at Danang International Airport.  During the ceremony, Vietnam officially transferred custody of remains believed to be those of U.S. personnel missing from the Vietnam War.

Vietnamese unilateral investigation and recovery teams located these remains during the 126th Joint Field Activity, which took place in the central provinces of Vietnam from February 16 to March 31, 2017.  Prior to the repatriation ceremony, a team of U.S. and Vietnamese forensic scientists examined the remains and recommended that they be transported to DPAA’s laboratory in Hawaii for further testing.

U.S. Consul General to Ho Chi Minh City Mary Tarnowka represented the U.S. Government in receiving custody of the remains. The U.S. military honor guard from DPAA then transferred the remains to a United States Air Force aircraft for repatriation to the United States. “The repatriation ceremony truly was a powerful and moving event to pay honor and respect to the men and women that gave the final sacrifice for our country,” said Consul General Mary Tarnowka.

During the last search mission in Vietnam, 38 dedicated Americans and their Vietnamese partners excavated sites in Quang Nam and Quang Binh provinces. They worked hard in some of the most unforgiving terrain and weather conditions. The mission successfully recovered through excavation or received from Vietnamese citizens three sets of remains to be further examined in DPAA’s Central Identification Lab in Hawaii.

Since 1985, U.S.-Vietnamese joint personnel accounting cooperation — through the Defense Prisoner of War/Missing in Action (POW/MIA) Accounting Agency and its predecessors in coordination with the Vietnam Office for Seeking Missing Persons — led to the accounting of 712 Americans in Vietnam. There are 1,260 Americans still unaccounted-for in Vietnam from the war.