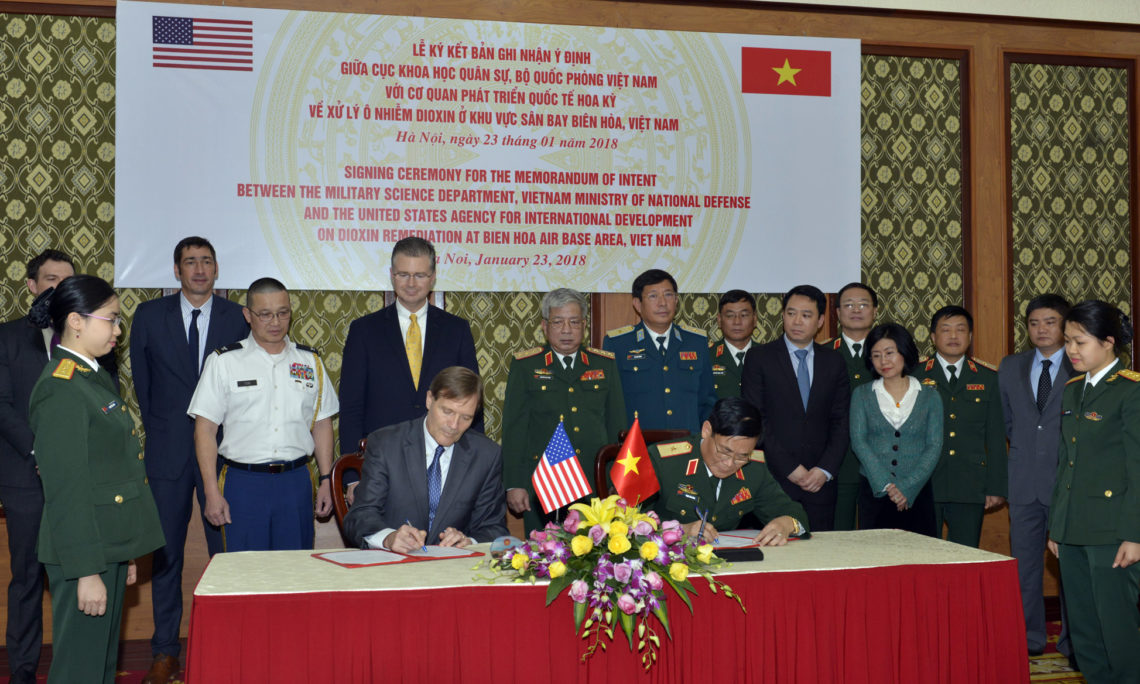 Bien Hoa is the largest remaining hotspot of dioxin contamination in Vietnam. USAID will work with the Ministry of National Defense to first design and then implement a remediation program over the next several years. The United States is committed to working with Vietnam and the Ministry of National Defense to resolve war time legacies while continuing to strengthen the economic, cultural, and security ties between the two countries.

“The only way to begin a long journey is to take the first step. The Memorandum of Intent is that first step, and the journey begins today. The United States looks forward to working with the Ministry of National Defense on this important initiative, deepening our partnership further, and building a prosperous future for both our countries,” said Ambassador Kritenbrink during the signing.

Since 2000, the United States has worked with Vietnam to resolve humanitarian and wartime legacy issues. These include the removal of unexploded ordinance, the identification of remains of missing personnel, remediation of dioxin, and addressing health consequences of the war. USAID, together with the Ministry of National Defense, will soon complete a successful 5-year, $110 million effort in cleaning dioxin contaminated soil at Danang International Airport.

For photos of the signing event, visit: https://flic.kr/s/aHsme4GVHe